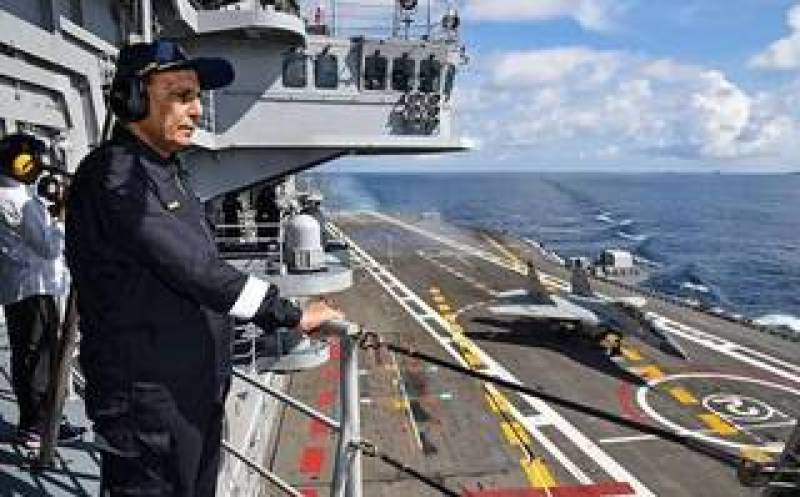 “Second strike capability” is an assured capability of an armed force to respond to a nuclear attack with its own nuclear weapons.

Addressing the Navy personnel on aircraft carrier INS Vikramaditya, Singh said, “I am aware that after the Pulwama attack, when the country responded effectively through strikes on terror camps in Balakot, the Western Fleet was immediately deployed in a strong posture in the northern Arabian Sea.

This degraded the ability of our adversary to deploy and ensured they did not attempt any misadventure at sea. In this context, the role of Indian Navy to have a credible ‘second strike’ capability as a nuclear deterrent, is most significant.”

The Defence Minister’s remarks come just days after Pakistan Prime Minister Imran Khan, in his maiden speech at the UN General Assembly, drummed up hysteria over nuclear war while targeting India over Kashmir.

India had hit back saying the “threat of unleashing nuclear devastation qualifies as brinksmanship, not statesmanship”.

Tensions between the two countries have spiked since the abrogation of Article 370. But India has maintained that it is an internal issue.