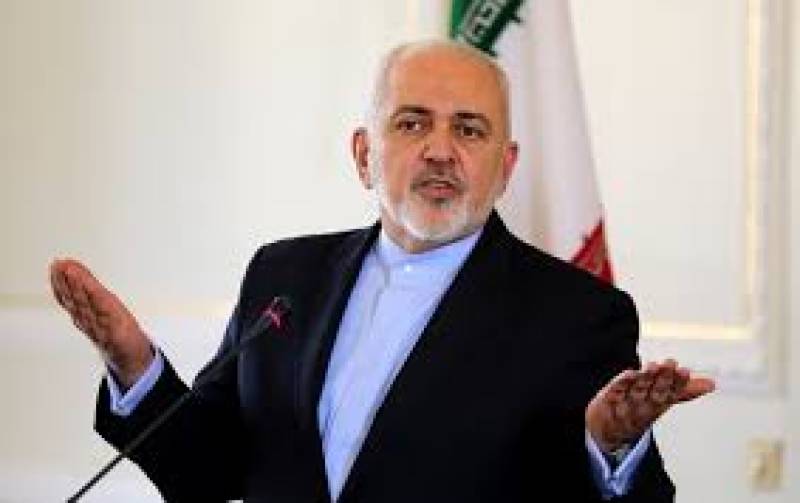 ISLAMABAD-Tehran, Iran protested Friday to the United Nations of a "flagrant violation" of international law after nearby US fighter jets sparked panic on an Iranian passenger plane over war-torn Syria.

The incident on Thursday was the latest between arch-foes Tehran and Washington since US President Donald Trump in 2018 walked out of a nuclear accord with Iran and imposed punishing sanctions.

Iran's state television broadcast footage filmed on a mobile phone of screaming passengers as the pilot of a Mahan Air plane on a flight from Tehran to Beirut took emergency action.

A passenger with blood running down his forehead and another who had fallen to the floor were seen in the video, and one jet could be seen through the window.

State news agency IRNA said a protest letter would be submitted to the UN Security Council and secretary general over "the threat posed to the Mahan Air passenger plane".

Iran's foreign ministry said protests had been lodged with the International Civil Aviation Organization -- a UN agency -- and the Swiss embassy in Tehran that handles US interests in Iran since ties were cut in the aftermath of the 1979 Islamic revolution.

"If anything happens to the aircraft on its return flight, Iran will hold the United States responsible," foreign ministry spokesman Abbas Mousavi told IRNA.

The US military said an "F-15 on a routine air mission... conducted a standard visual inspection of a Mahan Air passenger airliner at a safe distance of approximately 1,000 metres (yards)".

US Central Command (CENTCOM) issued a statement after Iranian state television aired the footage of passengers in panic as the Mahan Air plane appeared to change course suddenly.

In an initial report, the state broadcaster said the military aircraft were believed to be Israeli.

"After this dangerous action by the Israeli fighter, the pilot of the commercial plane quickly reduced the altitude of the flight to avoid colliding... injuring several passengers on board," it said.

IRNA later said the Mahan Air pilot made contact on the radio with two US fighter planes, before the aircraft landed safely in the Lebanese capital.

CENTCOM, which covers the whole of the wider Middle East, insisted it was a "professional intercept... conducted in accordance with international standards".

"Once the F-15 pilot identified the aircraft as a Mahan Air passenger plane, the F-15 safely opened distance from the aircraft," it said.

A security source in Lebanon said the Iranian aircraft landed safely at Beirut international airport with "four lightly injured passengers" on board.

Syrian state media said "planes believed to belong to the US-led coalition intercepted" the Iranian airliner over the Al-Tanf district on the border with Jordan and Iraq, forcing it to make "a sharp drop".

The coalition operates a base in Al-Tanf to fight the Islamic State group in Syria, where Iran supports the regime in its nine-year-old civil war.