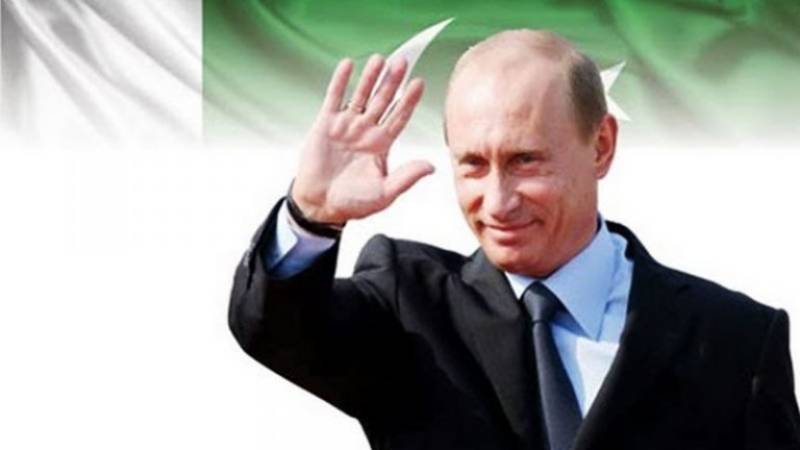 ISLAMABAD - The rise of the Islamic State (IS) in Iraq and Syria in 2013 shook global tectonic plates, and they are reverberating to this day. States around the globe are utilising hard and soft power to eliminate the infamous terror network. Despite this, it has managed to retain a massive footprint in Afghanistan. In some areas, it is even more powerful than the Taliban. It was easy for the group to establish a presence and gather manpower in a conflict zone like Afghanistan.

Resolute Support Mission and Regional states including Russia, Iran and Pakistan are quite serious about eliminating IS. But there is still confusion and mistrust among all regional powers about how this is to be done. Russians do not trust the Resolute Support Mission and its efforts to eliminate IS. Former President Hamid Karazi and Russian authorities have categorically stated that NATO did not pay attention when IS was rising, which NATO has denied loudly and clearly. Meanwhile, IS has continued slaughtering people in Afghanistan on an almost daily basis. Over 10,000 Afghan civilians have lost their lives or were injured in terrorist attacks in 2017 according to United Nations (UN). And it looks like 2018 is going to be even deadlier. It is a tell-tale sign that most of the attacks this year have been staged by IS.

The question is, why does a gargantuan military power like Russia need Pakistan’s help to tackle the rise of IS in Afghanistan? We also need to ask why Pakistan needs Russia’s support and why it is getting closer to Russia.

Russians understand that there are serious fault lines which IS can exploit. There are already militant Islamist parties in Central Asia which can provide it with support. These include the Islamic Renaissance Party (ISP), Hizb-Ut-Tahrir (HT) and the Islamic Movement of Uzbekistan (IMU). The majority of the people running IS operations in Afghanistan and Pakistan are already from the IMU. They are based in northern and eastern Afghanistan and exploit the porous Pak-Afghan border to run their operations in this country.

Moreover, the Russian authorities believe that there are thousands of IS terrorists in northern and eastern Afghanistan and there is increasing risk of terrorist penetration into Central Asia and Russia. The terror network’s presence in the Northern Caucasus in countries like Chechnya, Dagestan and others is already a serious concern. Iraq’s recent prosecution of 19 Russian girls for working with IS already has the Kremlin worried.

To take on this threat, Russia needs a regional mechanism to tackle IS, and Pakistan has an important role in this regard. Without Islamabad’s support, tracing and eliminating IS elements will not be possible, as Pakistan has long dealt with the region’s non-state factors. It was because of Pakistan’s support to the US that the al-Qaeda infrastructure and leadership was eliminated.

It should not be assumed that Islamabad has full control over non-state actors like the Taliban, but Pakistan’s influence cannot be underestimated. This is why having Pakistan on board in Afghanistan-related affairs will be a great asset for Moscow.

Meanwhile, Pakistan has been facing sectarian attacks on shrines as well as the Christian and Hazara minority groups in Quetta. It is the Lashkar-e-Jhangvi (LeJ) — which is associated with IS in Afghanistan and Pakistan — which is behind these attacks. This is why both the Kremlin and Islamabad will benefit from an anti-IS partnership. However, Pakistan is also looking to a Russian alliance to make up for its deteriorating relationship with the US.

If Moscow abandons us when its security needs are taken care of, we should not be left complaining the way we did when Washington did the same

Pakistan’s Foreign Minister has already stated that countries like Russia and China are there in case Pakistan’s relations with the US sour. No doubt, Russia is also wilfully exploiting the widening disconnect between Islamabad and Washington.

The Russian partnership with Pakistan is also not limited to military ventures. The Russians still believe that Pakistan’s Federally Administrated Tribal Areas (FATA) are insecure, and that IS penetration from Afghanistan into Baluchistan remains to be controlled. Pakistan is currently fencing the border with Afghanistan, and until this is done, IS penetration cannot be fully stopped. An IS threat to Pakistan is a threat for Russia as well.

Since Pakistan is the regional country most involved in Afghanistan, a Russian delegation recently visited Islamabad and was quite vocal about making a partnership. This is unprecedented, because the majority of the civil military leadership in Moscow still has a Cold War mind-set. It will therefore take Moscow sometime to fully engage with Islamabad.

However, it has already opened an Honorary counsellor in Peshawar to boost economic activity. However, since currently trade between the two countries amounts to a meagre $500 million, there are many who believe that the counsellor’s real purpose is to monitor IS and similar groups. That trade was not discussed at all when Pakistan’s first ministerial delegation visited Russia recently is a telling sign.

IS presence in Pakistan is loose and scattered. Lone wolf phenomena is relevant, because individual members have been targeting minorities and engaging in sectarian attacks. The groups is also spreading its ideology in cyber space and this is a serious threat for Pakistan as its cyber laws and their enforcement are very weak.

Going forward, Islamabad needs to be careful about how it crafts its relationship with Moscow. Care should be taken that it is not a partnership based solely on security related matters — it should be a multilateral relationship. If Moscow abandons us when its security needs are taken care of, we should not be left complaining the way we did when Washington did the same.

*BY: Qamar Cheema The writer is a Strategic and Political analyst. He teaches international politics in NUML Islamabad*