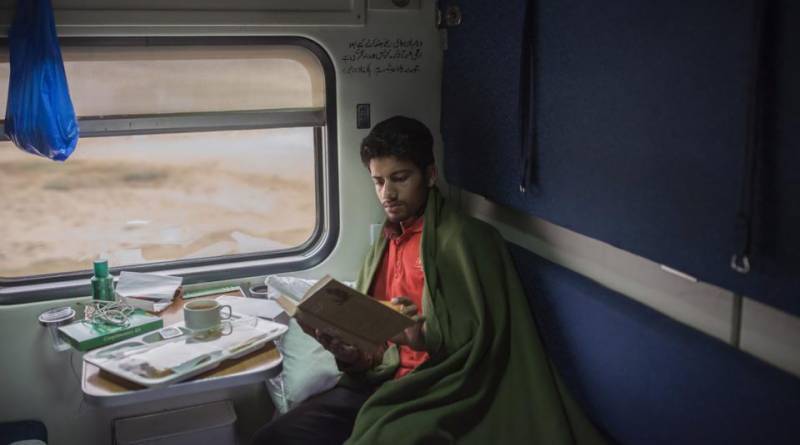 For software businessman Farrukh Malik, the change was palpable. As he clambered aboard the 22-hour express service from coastal Karachi to the northern capital, Islamabad, Malik, 40, said he’d been a passenger on the line since he was a child. “The introduction of trains like Green Line which has lesser stops and runs strictly as per schedule is a great difference,”’ he said as the train whistled to announce its 10 pm scheduled departure.

Beijing is set to upgrade a 1,163-miles track from Karachi to Peshawar near the Afghan border with an $8 billion loan to Pakistan. It’s part of Chinese President Xi Jinping’s Belt and Road trade initiative, which includes $60 billion of badly-needed works financed in Pakistan.

Pakistan’s interior minister Ahsan Iqbal said in a statement on Wednesday that the first phase of the work would start this year.

In the past decade, the nation’s rail network had become a byword for corruption, delays and filth. Now the unprofitable state-owned Pakistan Railways has doubled its revenue to Rs 40.1 billion ($362 million) in the past five years and aims to do so again over the same time period, Parveen Agha, secretary of Pakistan Railways, said in an interview in Islamabad.

“This is one of the biggest opportunities for us,” Agha said. “This is the upgradation of the entire railway system.”

To help ease increasing congestion in Pakistan’s second-largest city, a $1.6 billion metro-line in Lahore — funded by Chinese banks — is scheduled to open before this year’s vote. In total, Islamabad says it has rehabilitated more than 300 locomotives, over 1,000 passenger coaches, nearly 5,000 freight wagons and 31 stations. Pakistan also purchased 75 high-powered locomotives last year in a $413.5 million deal with General Electric Co.

The drive is already attracting more passengers, up 25% to over 52 million people since 2013. Working through the carriages, 40-year-old Rana Iftikhar Ahmad has been selling snacks on trains for last 15 years and said his sales have grown as much as 50% in recent years. Five years ago a train from Karachi would take four days to get to Lahore, he said. That same route now takes just over half-a-day on the Green Line.

“Things were so backward, now we are reaching our destinations on time,” Ahmad said as the train rattled along the verdant Punjabi countryside. “Now more passengers are using the rail and so our sales have increased.”

The government is also eyeing increased freight trade. With national elections scheduled for July and with the economy facing headwinds due to widening external deficits, Pakistan wants to increase exports to China <link> , Iran, Turkey, Afghanistan and even arch-rival India through rail links, according to plans seen by Bloomberg.