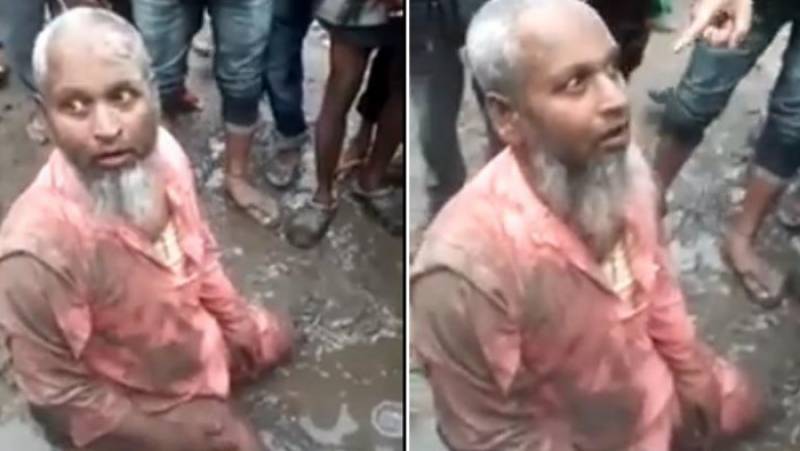 NEW DELHI - A Mob in the Indian State of Assam beaten and abused a Muslim Man for allegedly selling beef. The Man was identified as Shaukat Ali by the Police.

In a video doing the rounds on Social Media, the 68-year old is seen kneeling down in slush, surrounded by an Irate Mob, which demands to know why he was selling Beef.

The Mob is then seen questioning Ali about his Nationality.

The Mob also proceeded to fore feed him pork.