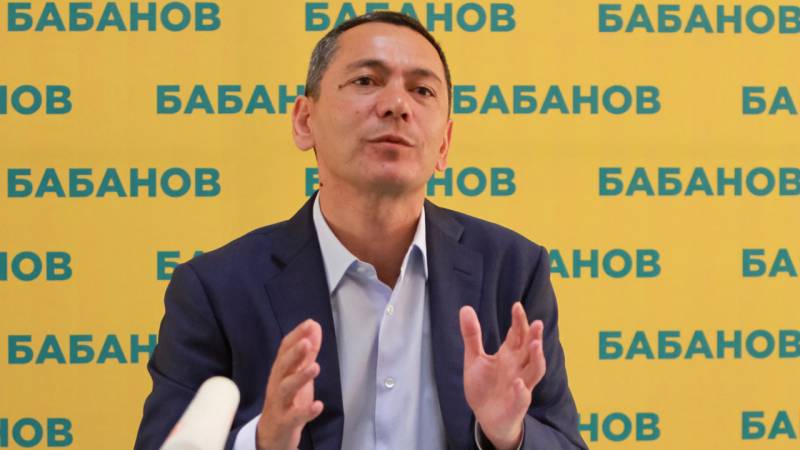 Kyrgyzstan link said Monday it had detained a former prime minister over corruption at the country's largest gold link mine, the centre of a legal dispute with Canadian firm Centerra.

The giant Kumtor gold link mine is the Central Asian country's largest foreign investment project and accounts for around a tenth of the economy.

Kumtor was operated by Centerra Gold link Kyrgyz authorities suddenly seized the mine, prompting the Toronto Stock Exchange-listed company to turn to an international court.

On Monday, the country's security service said it had detained a popular former prime minister, Omurbek Babanov, as part of a probe link into corruption "at various stages of the development" of the Kumtor project.

Centerra said this month it was "no longer in control of the Kumtor Mine and can no longer ensure the safety of the mine's employees or operations" after government officials entered the mine and raided company offices in Bishkek on the weekend of May 15-16.

The escalation came after a state commission said Kyrgyzstan link was seeking over $4 billion (3.2 billion euros) in environmental and unpaid tax claims from Centerra, which has denied any wrongdoing.

Kyrgyzstan link has since appointed its own management team to run the mine but President Sadyr Japarov said last week the government had not ruled out reaching a deal with Centerra.

As an opposition politician, Japarov led an unsuccessful bid to nationalise the mine both inside parliament and on the streets, where he oversaw several rallies against the company.

He rose to power in October during a political crisis that saw him first freed from jail where he was serving time for hostage-taking.

Japarov has always insisted that the conviction was triggered by his opposition to Centerra.

Centerra said this month that it has filed for international arbitration against Kyrgyzstan link in a bid to defend its star asset.

This is the third time the two parties have locked horns in international courts.

Two previous disputes were solved with new revenue-sharing agreements for the mine. -APP/AFP