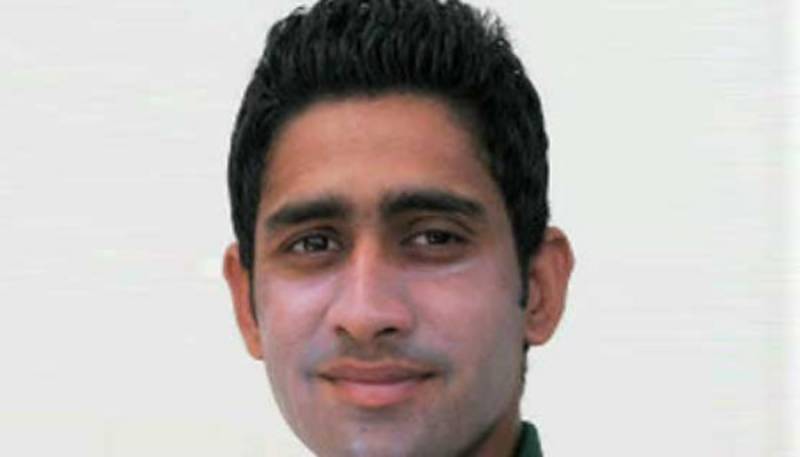 Middle-order batsman Usman Salahuddin is set to replace injured Babar Azam for the second Test between England and Pakistan starting on June 1 at Leed's.

The 27-year old Salahuddin, who has made two ODI appearances for Pakistan in the past, was named in the squad for England tour after an impressive stint in the Quaid-e-Azam Trophy. He averages 46.53 in the 99 first-class matches he has played.

Salahuddin also scored 69 in Pakistan's warm-up match against Leicestershire, and is now eyeing his Test debut at Leed's.

Azam was ruled out of the remainder of the Test series against England after his medical scans at the end of day two of Lord's Test revealed a fracture on his left forearm.

According to team physiotherapist Cliffe Deacon, the batsman sustained a fracture just above the wrist -- one of the two bones in the forearm called the ulna.

He is expected to be out of action for at least four to six weeks.

Pakistan head into the second Test 1-0 up, after beating England by nine wickets in the first Test.

Pacer Mohammad Amir claims bowling Pakistan to a Test series win in England would be "the best memory" of his life.

The 26-year-old bowler, who took five wickets in Pakistan's nine-wicket triumph at Lord's, told reporters ahead of the second Test: "It's a big achievement winning in Test cricket in England against England at home."

"If we win the series I think it will be the best memory of my life."

Amir said he expected England's wounded pride to ensure the hosts push them much harder in Leeds.

"Winning games at Lord's — the home of cricket — it is very hard to win (in England). We did well at Lord's, but it's passed now," he said.

"Everybody knows England are a very good side — I think one of the best sides in Test cricket — and they will come harder at us here. But we are ready for that challenge."