PM refutes use of Intelligence Bureau secret funds for media control
31 May, 2018 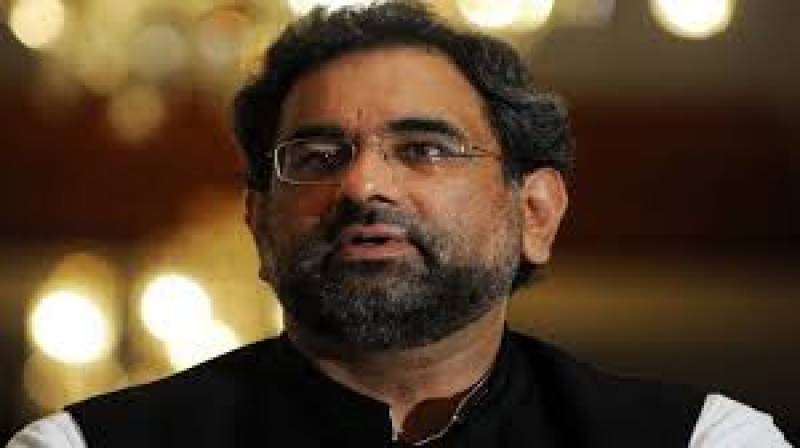 ISLAMABAD: Prime Minister Shahid Khaqan Abbasi Wednesday said the PML-N government was proud not to have used censorship or the secret fund to control news content as it fully believes in the freedom of press.

Addressing the 28th Award ceremony of the All Pakistan Newspapers Association (APNS) here at the PM Office, the Prime Minister also asked the media to have a self-regulatory mechanism to ensure greater objectivity and impartiality in their news content.

Prime Minister Abbasi said in a modern world there was no scope of any censorship. He said the measure may bring temporary benefits, but such measures were never in the interest of a country in the long run.

“We are proud to state that we never resorted to any such acts, despite the serious challenges that we confronted,” he said and added that a free and fair media was vital for any democracy.

The Prime Minister said his government was also proud of the fact that it did not use the “secret funds” of the Intelligence Bureau for media manipulation as it believes that the right to free expression needs to be fulfilled.

He said in the past billions of rupees were doled out from the secret fund, however the PML-N government from day one remained committed that it would not use any coercion against the media and there would be no interference, whatsoever.

“Our government always tried to maintain the freedom of expression at all costs,” he said and added at the same time it was government’s desire that there were more objective and positive reporting about Pakistan. He said successful completion of the development projects needs to be highlighted so as to have a feel good factor for the masses.

He said his government successfully managed to maintain objectivity in news and did not link it up to the government advertisements.

Prime Minister Abbasi said like the reforms in all sectors, there was also a need to bring about changes in the news industry as well and called for adopting a self-regulatory mechanism, particularly when there was no history of claiming any damages due to the defamation caused.

He said there was a need for putting in place a system which equally accommodates contradictions of baseless news and allegations leveled against anyone.

Abbasi said the Pakistan of 2018 was totally different from the one his government inherited in 2013 and said the country has achieved significant success in all areas. He said due acknowledgment of the accomplishments of the government, particularly in boosting the country’s GDP, enhancing investment climate, electricity and gas production, besides tackling terrorism, need to be given.

In his remarks Hamid Haroon, President APNS appreciated the Prime Minister for putting the country back on reigns at a time when it was facing numerous challenges on different fronts. He was also appreciative of the government for its support to the freedom of expression as enshrined under the Constitution of the country.