PM Modi hit with the kickback scandal over military aircraft deal
31 May, 2018 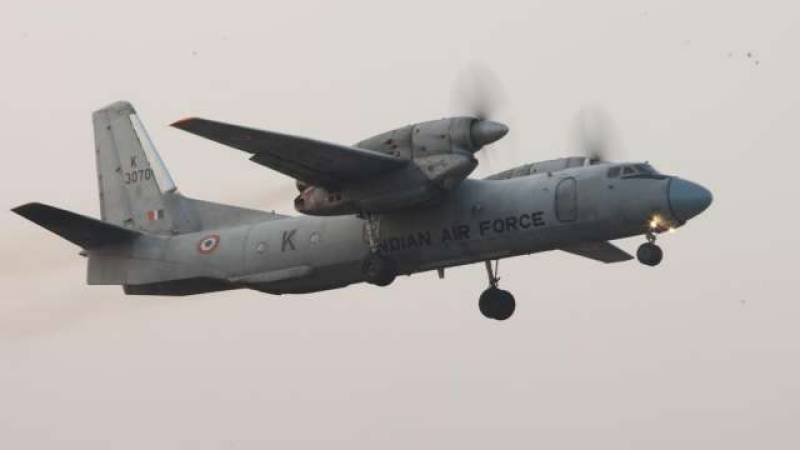 NEW DELHI - At a time when the BJP is nursing the crushing defeat in the Lok Sabha and Assembly bypoll results, a story over alleged kickbacks received by the officials of Narendra Modi government in a military aircraft deal would add to its woes.

A report published in The Indian Express on Thursday said that kickbacks to the tune of Rs 17.55 crore were paid for the procurement of spares of AN-32 military aircraft by India.

The media report said Ukraine's National Anti-Corruption Bureau has sent a request to the Ministry of Home Affairs seeking legal assistance in its probe into the alleged kickbacks, besides help in identifying defence ministry officials who participated in the negotiations, signing and implementation of the deal.

Congress president Rahul Gandhi took to Twitter and demanded action from PM Modi. ‘Ministry Of Defence, India (MODI) officials, accused of making millions of $'s in kickbacks via Dubai by Ukrainian Govt. in AN32 deal. Modi ji, as our self proclaimed chokidar, I urge you to take immediate action against your corrupt MODI officials (sic), he tweeted earlier in the day.

So far, Union Defence Minister Nirmala Sitharaman has not responded to the allegations directly. However, according to news agency ANI, the Ministry of Defence has termed the news story as ‘misleading’.

‘A misleading news item has appeared alleging kickbacks to Indian government officials through Global Marketing SP Ltd in contract for spares for AN-32 Aircraft. It's informed that MoD or IAF has neither interacted or signed any agreement with them nor any such agreements witnessed,’ the defence ministry statement said.

However, the Congress has upped its ante and said that Modi government must come out with a detailed explanation.

"There seems to be trouble in paradise, the Ministry of Defence," Congress spokesperson Manish Tewari saidat a press conference, adding that the contract for the AN-32 spares was signed in November 2014 during the tenure of the BJP-led NDA government.

Tewari raised five questions over the defence deal and sought the reply of the government saying he hoped that it would "not sweep the matter under the carpet".

He asked whether it is a fact that the anti-corruption bureau of Ukraine sought legal assistance from the home ministry in February this year.

The Congress leader said the government "misused" the confidentiality clause and hid behind it following allegations of wrongdoing in the Rafale deal.

Tewari sought to know whether it is a fact that the terms of contract were not fulfilled and the ministry of defence signed a statement of completion which facilitated the transfer of the alleged illegal gratification.

"This is actually the nub of the entire issue and the government must respond. What has been the response so far of the Ministry of Home Affairs and Ministry of Defence to the request of the Ukrainian government?" he said.

All the details such as whether any internal process has been initiated by the Ministry of Defence in the wake of the alleged scam should be made public, he said.

"If this government believes in transparency and probity and if it abides by the slogan of 'na khata hun, na khane deta hun' ((we don't take bribes nor let others to do so), then why have you been hiding these facts from the people. The moment the request came from the Ukrainian government it should have been put out in the public space," he said.

The former Union minister said, "This is an extremely serious issue and we would like the BJP government's response from the highest levels.

"Since the honourable defence ministry holds fort on all and sundry 24/7, we do hope she would take the time out to respond to something which pertains to her ministry," he said.

India signed an inter-governmental agreement with France in September last year for procurement of 36 Rafale fighter jets at a cost of around Rs 58,000 crore.

The Congress recently raised several questions about the contract and accused the government of compromising national interest and security while promoting "crony capitalism" and causing a loss to the public exchequer.

The government had refused to divulge the details of the deal, citing a confidentiality pact between India and France.