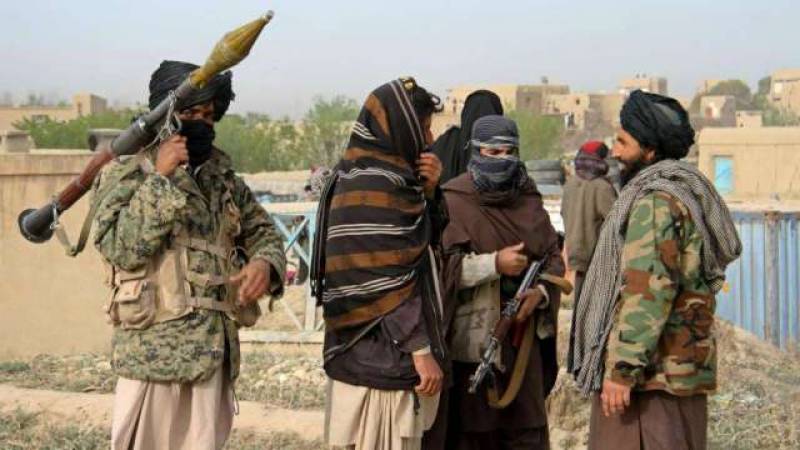 KABUL - Senior Taliban officials have been secretly negotiating with Afghan officials on a possible ceasefire, the Pentagon has said, even as US forces killed over 50 Taliban leaders in a series of strikes.

"A lot of the diplomatic activity and dialogue is occurring off the stage, and it's occurring at multiple levels," General John Nicholson said in a teleconference with reporters at the Pentagon.

He would not identify the figures involved in the negotiations, except to say that they included mid- and senior-level Taliban officials.

"I should point out they met in secret. This is how they were able to advance the talks," he said, adding that the success of the effort depends in part on the "confidentiality of the process."

Afghan President Ashraf Ghani in late February proposed peace talks with the Taliban, saying they could be recognized as a political party if they accepted a ceasefire and recognized the country's 2004 constitution.

The Taliban have not officially responded, but deadly attacks have proliferated since then, particularly in Kabul, which has become the most dangerous place in the country for civilians.

Yesterday, militants launched a gun and bomb attack on the Interior Ministry in Kabul, killing a policeman in another demonstration of their ability to strike at the heart of the Afghan capital.

The Taliban also claimed responsibility for a predawn attack on a police station in the capital of Logar province, about 70 kilometers (45 miles) southeast of Kabul.

But Nicholson, who has sought to drive the Taliban to the negotiating table by bringing to bear increased US military pressure, maintained that violence and progress can coexist.

He likened the situation in Afghanistan to that of Colombia where the fighting continued up until the FARC guerrilla group and the government signed a peace accord in 2016.

In a statement yesterday, the US command in Afghanistan said the strikes against those behind a recent attack in the Helmand provincial capital of Farah resulted in "more than 50 casualties." After pushing out fighters in Farah, Afghan and US forces continued to pursue them, Nicholson told reporters at the Pentagon via video link.

Under surveillance by the Marines, the Taliban fighters returned to their Helmand stronghold, a center for poppy cultivation.On May 24, they were spotted in a known Taliban command center in Musa Qala.

Among the dead was the number two Taliban leader in Helmand, Abdul Manan, and several district governors and local leaders in Kandahar, Kunduz, Herat, Farah, Uruzgan and Helmand provinces.