Pakistan and Turkey sign largest ever defence deal of their history
31 May, 2018 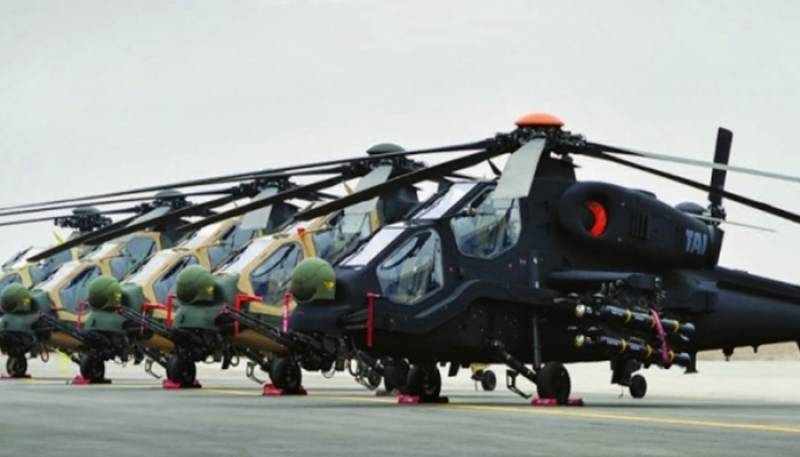 A government election manifesto revealed by Turkish President Recep Tayyip Erdogan said Turkey and Pakistan “just recently” agreed on the contract, which is the largest-ever Turkish-Pakistani defence contract. The two countries have been negotiating a T129 deal since 2014. This is the first export contract for the helicopter.

Turkish Aerospace Industries, or TAI, maker of the T129 under license from the Italian-British AgustaWestland, has so far delivered 35 T129s to the Turkish Army and the Gendarmerie force.

Before the deal, the T129 went through various tests in Pakistan. Most recently, the T129 was showcased at a March 23 military parade for Pakistani National Day. “We expect further [T-129] contracts to follow the order from Pakistan,” a Turkish defence procurement official said. “We are in talks with a number of countries.” The official declined to name any of the potential T129 buyers. One TAI official said, however, that potential buyers could include Jordan, Libya and Azerbaijan.

The Turkish government has not disclosed a price for the T129 deal with Pakistan, but aerospace industry sources estimate the contract to be worth about $1.5 billion, almost equivalent of Turkey’s annual defence exports. Turkey’s defence exports rose slightly from $1.677 billion in 2016 to $1.739 billion in 2017. Turkish officials aim to attain $10 billion in defence and aerospace exports by 2021.

TAI started to deliver the T129 to the Turkish Army in April 2014. Under the full program, a batch of 59 helicopter gunships will be delivered. There is an option for a follow-on order of 32 more choppers. TAI officials say the T129 features 97 percent sovereign production.

The Turkish Army deploys T129 gunships at its domestic southeastern military bases to support anti-terror operations against Kurdish rebels fighting for autonomy in southeast Turkey, northern Iraq and northwest Syria. The T129 choppers are Turkey’s first locally made platforms under license. The T129 features a tandem seat, twin-engine and NATO-interoperability for attack, armed reconnaissance, and precision-strike and deep-strike mission capabilities for day and night and in all weather conditions.

The T129 incorporates asymmetric weapon-loading capability and enables the use of all weapons according to mission requirements. For close-combat support missions, a 20mm gun turret with a capacity of 500 rounds as well as 70mm rockets with a capacity of 76 rockets have been integrated.

In another deal, TAI upgraded a batch of 41 F-16 fighter jets for the Pakistani Air Force. That program involved avionics and structural modernization of the aircraft. TAI also is in talks with Pakistan for the sale of its Hurkus basic trainer aircraft.