Can someone who constantly takes U-turns be PM, asks Shehbaz
31 May, 2018 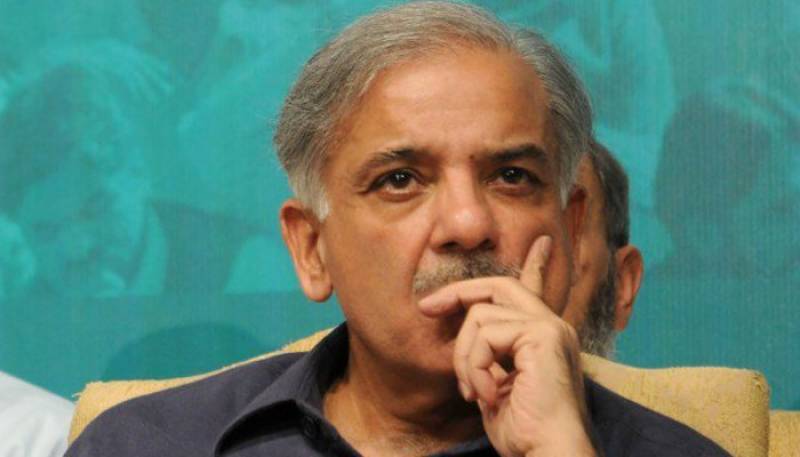 “Can a person who keeps taking U-turns be the rightful prime minister of Pakistan,” Shehbaz questioned while addressing a delegation at Lahore Press Club.

Lashing out at the PTI chairman, the Punjab chief minister continued, “Niazi is a master of U-turns.”

“He [Imran] is not capable of doing politics,” he added.

The Punjab chief minister further said that a resolution in the Balochistan Assembly seeking a delay in the upcoming general elections is not a “good omen”.

“From a political point of view, the resolution is not a good omen and is ill-intentioned,” the Pakistan Muslim League-Nawaz president said.

“A delay in the general elections is not in the nation’s best interest,” he warned.

“A timely election is beneficial for the democratic process,” he upheld.

The PML-N president further said that for the second time in Pakistan’s history a democratic government has completed its term.

“PML-N government has done a lot for the people and everything will come out in the open on July 25,” he stressed.

President Mamnoon Hussain on Saturday approved a summary sent by the Election Commission of Pakistan recommending that the general elections be held on July 25, 2018.

MoU signed for school and college in Gwadar

The Punjab government and Pakistan Navy signed a memorandum of understanding (MOU) for the establishment of Bahria Model School and College in Gwadar during a ceremony at Chief Minister Office in Lahore.

Addressing the inaugural ceremony along with Shehbaz, Chief of Naval Staff Admiral Zafar Mahmood Abbasi said, “I would like to thank the Punjab chief minister for funding an educational institution in Gwadar."

The naval chief stressed that there is a need to create awareness regarding the role of Pakistan Navy. Navy's main focus is to protect the defence of maritime frontiers of Pakistan but we also seek to develop the maritime sector and merge it with the mainstream economy, he said.

"It is unfortunate  that Pakistan's heartland population does not have awareness of maritime and we thought that we should create maritime awareness through presence," Admiral Abbasi said while explaining the navy's presence in Lahore.

Admiral Abbasi shared that the navy has taken permission from the government for the construction of shipyards in the country. "India and Bangladesh have several shipyards, and we need to establish more ports," he stressed.

"Pakistan Navy has played an important role in the development of the country," he added.

In his remarks, the Shehbaz said, "We are establishing Model School in Gwadar with the cooperation of Pakistan Navy."

Our government has given top priority to imparting quality education not only to the children in Punjab but to children across Pakistan, the Punjab chief minister added.