Space for terrorists has been squeezed in the country: COAS
31 Jul, 2016 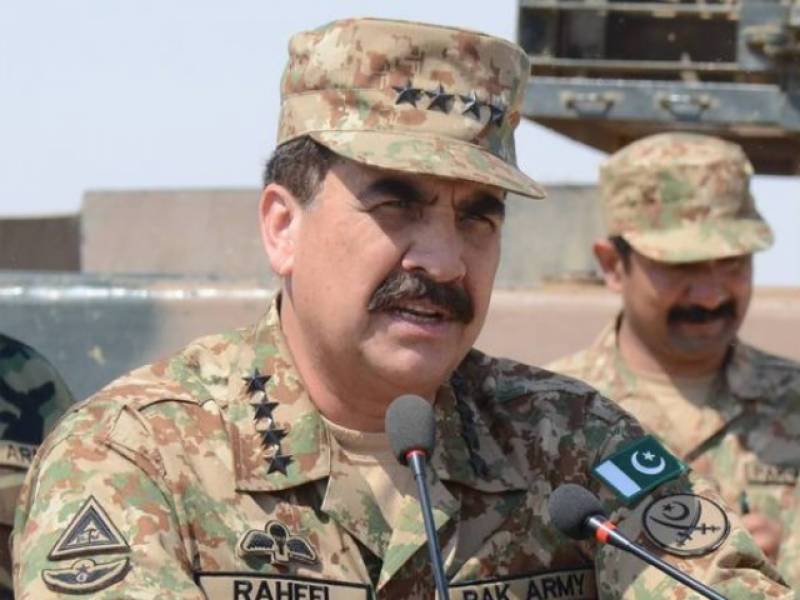 Raheel Sharif on Sunday reiterated that space for terrorists

and abettors has squeezed.

"Inshallah", the day is not far when our beloved homeland

of nations, he said while addressing Shundur Festival in Chitral.

He said operation Zar-e-Azb, backed by the entire nation,

is an endeavour towards achieving lasting peace and the voyage

would continue with determination and zeal in the entire country

till achievement of the goal.

Terming holding of the festival a happy augury for the

promotion of tourism at local as well as international level,

continue to carry forward our traditions with all courage and

He said this "colorful function is an omen to our country's

bright future and evident that we are heading to achieving

"Today, we are breathing in a free environment and this is

only because of the countless sacrifices rendered by the people

and armed forces of the country."

Referring to the hardships being faced by the people of

Chitral and Gilgit-Baltistan, the COAS said he was cognizant

of the situation. Frequent occurrence of natural calamities

adds lot to the miseries of the local people.

During all such trying times, he said its a known fact that

Pakistan Army, and Frontier Corps with the help of medical

During recent floods, he said Helicopters of Pakistan Army

had shifted the injured and marooned people to safer places

besides establishing a number of relief camps to help mitigate

The FWO undertook repair work at about 50 points restoring

He made mention about the contributions by the Special

He appreciated various organizations including Local

rehabilitation services at the time of natural calamities

forefront to render sacrifices, may it be any natural calamity

or defence of the motherland.

He felicitated the participating teams of Polo competition,

Law Enforcement Agencies for sucessful holding of the festival.

He applauded the spirit of the people especially the youth

who enthusiastically participated in the festival to make

the event a complete success.