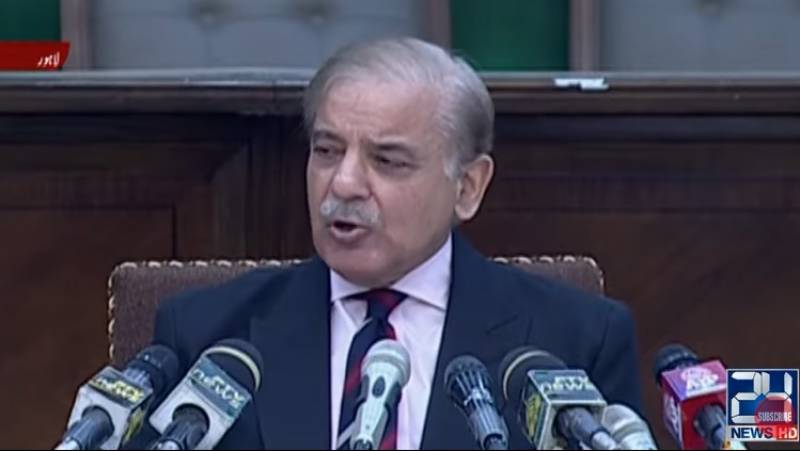 Prime Minister Shehbaz Sharif has made it clear that the appointment of the new army chief is purely a ‘constitutional discretion’ of the prime minister and there is no need for consultations with anyone on this issue, reported 24NewsHD TV channel.

Talking to a group of YouTubers and vloggers in Lahore, Shehbaz Sharif expressed the hope that he wanted to accomplish this task amicably.

During the interaction, Shehbaz Sharif revealed that ousted prime minister Imran Khan had approached him through a mutual friend who was a business and not a political personality for talks on two issues – the appointment of the country’s new chief of the army staff and a date for early election date.

Shehbaz said he outrightly dismissed Imran Khan’s proposal, and instead offered him dialogue for the betterment of democracy and the economy. “I flatly rejected Imran Khan’s offer by simply saying ‘Thank you’.” he added.

Mentioning Inter-Services Intelligence (ISI) chief and military spokesperson’s presser, the prime minister disclosed that he greenlighted the press conference of both the generals after the ISI chief sought his permission for holding the news conference.

Shehbaz Sharif, delving into details, said the ISI chief wanted to hold the presser as the latter was an eyewitness to the meeting between Imran Khan and General Bajwa.

"He (DG ISI) told me that he should go for a press conference because he was an eyewitness to the meetings that took place between the army chief and Imran Khan and DG ISPR was not there and he would speak in a measured way. And then he brought the whole thing before the public with a very appropriate choice of words."

The Prime Minister further said that Imran Khan is currently targeting the army leadership only to fulfil his personal desires. "The people who raised Imran Niazi by feeding him milk with their own hands, he is now venting poison against them. No one is safe from his evil," he declared.

He also mentioned that the frustrated politician was currently targeting those who fostered him, saying no one was safe from his mischief. “Imran can go to any length to take back the premiership,” he added.

Shehbaz, however, warned that the government will, by all means, protect the federal capital from any “kind of aggression”.

Shehbaz also revealed Imran Khan had also offered him to decide the date for new elections and announce it jointly.