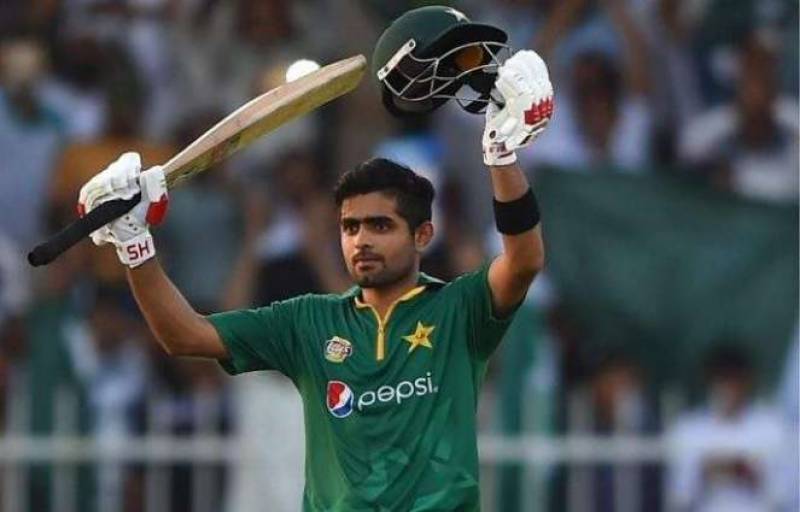 LAHORE: Pakistan's Babar Azam has reclaimed the number-one ranking in the ICC men's player ranking for T20 bating for the third time this year after hitting two half-centuries in Pakistan's 3-0 series win over Australia.

The series result means Pakistan cannot be displaced from the top spot irrespective of the outcome of their upcoming series against New Zealand as well as the one between India and the Windies, said the information made available here on Monday by the international cricket council.

over the Pakistani. From this series, Babar earned 79 points while Finch conceded 52 points.

Both the times, he lost the No.1 ranking to Finch.

Another batsman to make an impact in the top-20 is Jason Roy of England. The opener scored 69 in the only T20I against Sri Lanka, which has helped him to rise five places to a career-high ninth position.

Rashid took three for 11 in Sri Lanka, which has helped him rise four places to fifth, while Stanlake took five wickets in

two appearances that have lifted him nine places to become his country's highest-ranked bowler in ninth position. Imad has been

rewarded for his four wickets with a gain of 14 places that has put him in 10th position.

Meanwhile, Pakistan's 3-0 series win means they will remain the number-one ranked side irrespective of how their upcoming series against fifth-ranked New Zealand and the three-match series between second-ranked India and seventh-ranked Windies pan out.

The 3-0 win has earned Pakistan four points, which have lifted them to 136 points, while Australia have dropped five points and

are now on 118 points, just ahead of England on decimal points.

Even if New Zealand and India win all their upcoming T20Is, Pakistan (130) will continue to lead India (127) by three points.

However, this result will help New Zealand move ahead of England and Australia in third position.

In contrast, if Pakistan and the Windies win all their matches, Pakistan will rise to 138 points and only one point will separate second-ranked India (119) from fourth-ranked Australia (118). In this scenario, the reigning ICC Men's World T20 champions will jump from 106 points to fifth on 114 points.

According to schedule of Pakistan T-20 matches against New Zealand Schedule of upcoming matches, the matches will be played on October 31, November 2 and November 4.