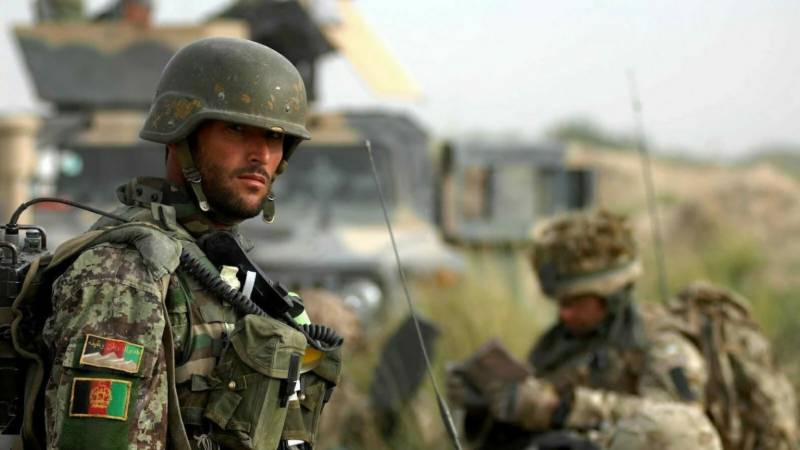 As the great powers deepen their presence in South Asia, all eyes are on Afghanistan. The two major powers are Russia and China. Both have their own interests in Afghanistan, actually the US presence in the region and the US-India ties and security anticipations have compelled the Asian giants to step into Afghan doldrums.

Chinese interests in Afghanistan comprise of five chief categories: the CPEC, their unease with Afghanistan’s proximity to the Xinjiang province, the US presence in the region, the US-Indian ties disturbing the regional balance of power and security of its interests in the Middle East. An unhinged Afghanistan will unenthusiastically impinge on CPEC. Therefore, the Chinese have planned to include Afghanistan in the CPEC in future to protect their interests. It will not only alleviate Chinese concerns over CPEC due to unstable Afghanistan but it will also paved China’s way to Iran, Middle East and less likely to India in future.

China is leaping into Afghanistan in its larger geopolitical and economic context. Chinese involvement in Afghanistan aims to prevent possible spill-over into CPEC and its own borders. China is taking interests in Afghanistan very cautiously keeping in mind if the situation takes a complete turnaround, there will be a window to jump out.

China’s role as a facilitator between Pak-Afghan talks is also very tactful to utilize Pakistan’s influence in Afghanistan in its favor for tackling possible challenges to its soil and security from Afghanistan. For China, Afghanistan is a hallway between Pakistan and Iran. China was looking forward to Pakistan’s eye role in the US-Taliban negotiation, which has proved successful. Pak-China as being all weather friends, will provide a sure chance for China to extend its new model of international development.

Along with geopolitical and strategic interests, there is major Chinese economic interest in Afghanistan. Chinese companies have been vigilantly inspecting the natural assets in Afghanistan which are projected at $1 trillion. In 2007, a deal worth $3.4 billion (30-year lease) was signed between Afghanistan and two Chinese state owned companies—China Metallurgical Group Corporation (MCC) and Jiangxi Copper Company Limited (JLC)—to mine copper in Aynak Copper mine in the eastern region of Afghanistan, the world’s second-largest copper deposit. The state of Afghanistan has a lot to offer China in terms of natural resources, connections and international attention, the road to certain business hubs of Asia, its strategic significance and boost to Chain’s BRT.

Afghan affair will strengthen Chain’s ambition of regional influence. China’s extended interest in Afghanistan was observed in 2014-15 when a special envoy was appointed for the first time by China for peace process and reconciliations. China’s Afghan involvement is also due to rising Uyghur secessionism in the western Xinjiang Uyghur Autonomous Region bordering Pakistan Occupied Kashmir (POK) and Afghanistan, and is anxious about the explosion of rising extremism from the Afghan-Pakistan border into the fidgety Xinjiang. An unstable Afghanistan will result in security implications for BRT and Xinjiang because the reports reveal links of Xinjiang problem and Talibans.

China prefers it to be a part of stable Afghanistan to avoid likely uneven situations. That is why China offered military assistance of more than $70 million to Kabul between 2016-18. China has also aided Afghanistan in constructing the Wakhan Corridor. Unlike Russian, China has a smooth chance in Afghanistan with no invasion history. In the near future, Beijing is likely to be the second most important external factor after Pakistan through its infrastructure, military assistance and expansion of soft power in Afghanistan. Chinese factor has shrunk India-Kabul road. China’s expanding influence in the region has compelled India to stop hesitating military alliances with the US, Japan and Australia. The US-Indian ties are to stop Chinese influence. Indian foot-prints in Afghanistan are due to the US’ presence in Afghanistan. China will push India out of Afghanistan by including it in CPEC.

Russian has also positioned itself as a mediator for Afghanistan stability by inviting the Taliban to Moscow which frustrated the US. Moscow-Taliban meeting aimed to map out the US withdrawal from the region. Russian is concerned about Central Asian stability, it is also aware of the fact that the US decamping Afghanistan will create a security vacuum in the region. Russian is focusing to protect regional trade and exercise a greater influence in Central Asia. Russian wants to strengthen collaboration with Central Asian states. Russian is not concerned with its strategic interests in regard to Afghan affairs rather to the presence of external forces.

Russian interests in Afghanistan are of contradictory nature, on one hand it wants departure of foreign military while on the other hand the US presence in Afghanistan provides it a chance to turn heed from security issues and focus on other targets. Russian has been tactically assisting the Taliban to make ground difficult for the US and NATO allies relatively at little cost. The second purpose is to Washington in other conflicts by engaging in Afghan doldrums.

Moscow is also aiming at taking revenge for its defeat in Afghanistan which was triggered by the US. Russian involvement in Afghanistan will surely damage the US and NATO’s reputation and will stop their willingness to engage in any future out-of-area operation. These both will be tremendous victories of the USSR. Russia is playing a dramatic and tactful role in Afghanistan by supporting Commanders as it has realized that a stable Afghan is a better choice for it than the two Evils namely the US and Taliban.

Russians have supported northern commanders to stop Taliban’s influence into Central Asia rather than attacking Afghan and international forces. Russian assistance to commanders does not mean that the USSR aspires to see the Taliban entirely victorious rather it aims to look for a state like the US desires. Russian wants a stable Afghanistan with inclusive government after the US exist.