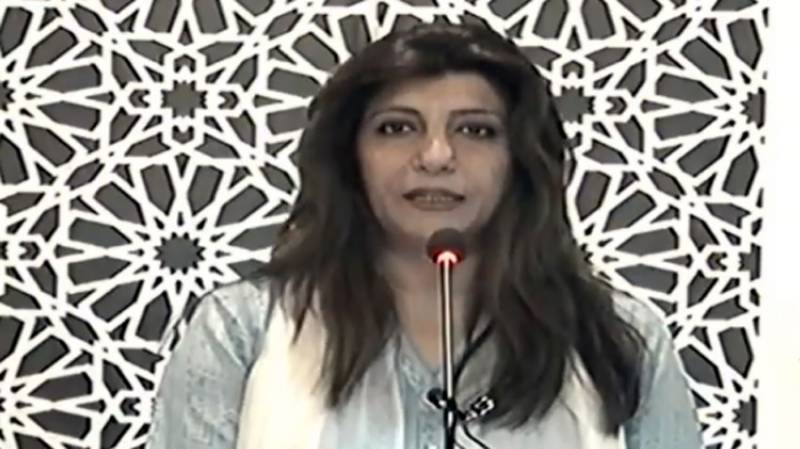 In her opening remarks during her weekly media briefing in Islamabad on Thursday, she said in April alone 29 innocent Kashmiris were martyred, including seven since the onset of Ramadan.

She said harassment and intimidation of Kashmiri journalists has further intensified under the notorious and unlawful acts. She said the Indian occupied forces are completely allowed to operate with impunity in the Occupied Kashmir under draconian laws such as Public Safety Act and Armed Forces Special Powers Act.

The Spokesperson called upon India to respect the 2003 Ceasefire Understanding, investigate all acts of deliberate ceasefire violations along the Line of Control and the Working Boundary. She also urged the Indian side to allow United Nations Military Observer Group in India and Pakistan to play its mandated role as per United Nations Security Council Resolutions.

She said these repeated Indian allegations are aimed at diverting world attention from India's state terrorism and the grave human rights situation in Occupied Kashmir.

She expressed the hope that the international community will take due cognizance and urge India to reverse about the BJP Government's systematic campaign to demonize Muslims by holding them responsible for the spread of Coronavirus, which is fraught with risks for the safety and security of India's minorities, particularly Muslims, and for their fundamental rights and freedoms.

Aisha Farooq said voices from within India and around the world continue to condemn the increasing wave of BJP-inspired hate crimes against minorities. The United States Commission on International Religious Freedom in its annual report has once again placed India into its list of 'Country of Particular Concern' for engaging in and tolerating systematic, ongoing and egregious religious freedom violations. The report has highlighted that the Indian government "allowed violence against minorities and their houses of worship to continue with impunity, and also engaged in and tolerated hate speech and incitement to violence.

In the face of the challenge posed by the corona virus pandemic, she said the Chinese government and the Chinese people have firmly stood by their Pakistani brethren. Since the outbreak of Covid-19 in Pakistan, China has extended tremendous support to Pakistan. It has so far provided 4 million US dollars in cash donations, in addition to 390 ventilators, 330,000 testing kits, 830,000 N95 masks, 5.8 million surgical masks, 42,000 protective suits, and millions of other PPEs.

She said we are immensely grateful to the Government and people of China for extending both moral and material support to Pakistan in the wake of outbreak of Covid-19. The compassion, generosity, and thoughtfulness shown by the Chinese Government and the people will be long remembered by the people of Pakistan.