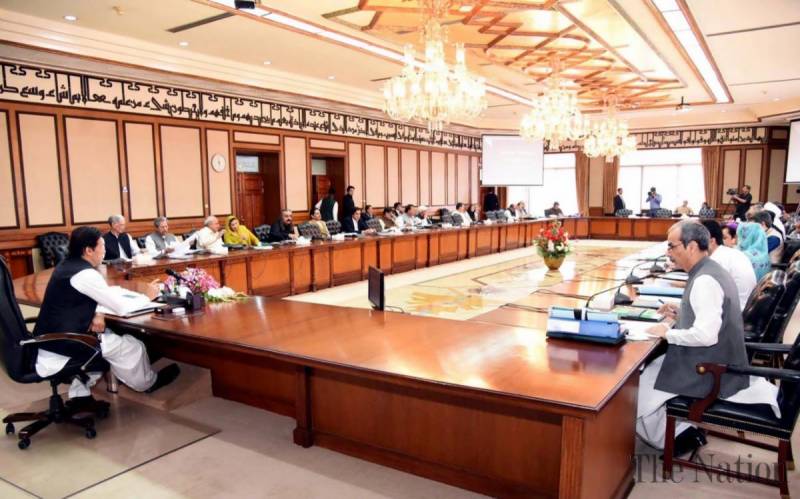 ISLAMABAD - Federal Cabinet is likely to be reshuffled in coming week as Prime Minister Imran Khan has decided to change portfolios of various federal ministers and advisors to prime minister, The Nation has learnt it reliably.

Well placed sources told that Prime Minister Imran Khan has already decided to change portfolios and offices of various cabinet ministers and advisor to Prime Minister but the decision was not announced following the Covid-19 positive of the prime minister.

They said that the prime minister will reshuffle the federal cabinet when he rejoins the office after completing his quarantine period.

The sources said, the prime minister has also consulted with PTI senior leadership in this regard and federal cabinet is going to be reshuffled according to the performance of ministers and advisors.

They said that some advisors and federal ministers will retain their offices. They revealed that Senator Shibli Faraz, Senator Faisal Wada, Sarfraz Bugti and Usman Dar will become part of federal cabinet, while advisors to Prime Minister will likely to be changed.

The sources also disclosed that consultation is also underway to give representation to coalition partners of PTI government including MQM and Balochistan Awami Party.

It has also learnt that consultation is underway to hand over Ministry for Information and Broadcasting to Fawad Hussein Chaudhry, while Senator Shibli Faraz could be given Ministry of Energy or Petroleum.

Senator Shibli Faraz is also candidate for the slot of leader of the house in Senate.

Similarly, Faisal Javed and Farrukh Habib could also assume charge as state ministers. PTI senior leader and recently elected Senator Saifullah Niazi is also a strong candidate to get the Ministry of Power.

PM Imran Khan has removed the Advisor to PM on Petroleum Nadeem Babar and Secretary Petroleum last week over the allegation of his involvement in the oil crisis.

On Saturday last, Fawad Chaudhry had also given indication of possible rehusffle in Federal Cabinet during a press conference in Lahore.