PM Imran Khan to leave for a surprise and unexpected visit of Muslim country
29 Jan, 2020 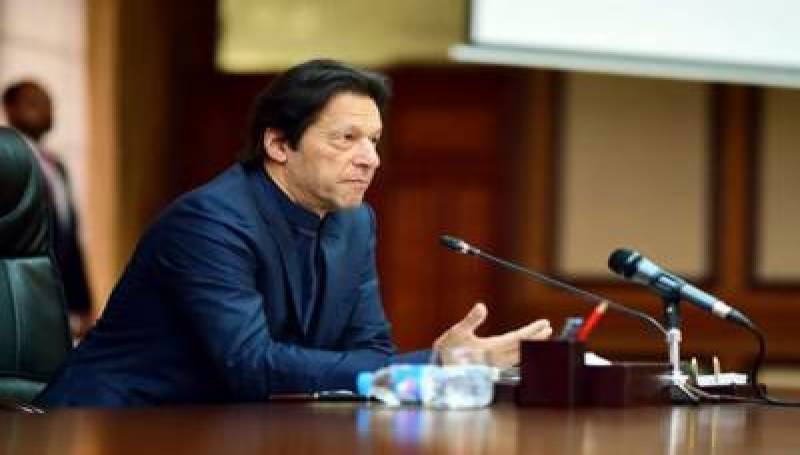 ISLAMABAD - Prime Minister Imran Khan is expected to visit Bangla Desh with a big businessmen team, which the Dhaka High Commissioner to Islamabad Tarek Khan hoped will open new vistas of cooperation between the two countries, and improved relations as well as open new vistas of economic cooperation between them Pakistan and Bangla Desh, although very friendly, bonded by fraternal ties, however some sort of strained relations, which Imran’s visit and talks with counterpart Sheikh Hasina Wajid will be valuable.

Speaking at a luncheon hosted by BD deputy high commissioner in Karachi Noor-e-Helal Saifur Rehman at a local hotel here Tuesday, he said the two countries has bilateral trade of 800 millions dollars, of which Pakistan had a major chunk of 746 million, while his country’s exports to Pakistan was like peanut at 54 million dollars.

However now that both leaders had an informal meeting, and according to foreign office sources, Imran Khan had already telephoned Sheikh Hasina, couple of months back, his visit gained substantial importance and could well be a big step forward.

Being happy in Karachi once again, the High Commissioner said, he always derived pleasure to being in this “gateway of progress for Pakistan”. His country, he emphasized was a large export market, and also for adding to infra-structure for Pakistani entrepreneur.

He said, Bangla Desh, under the present leadership, has embarked on am ambitious programme of development, has already taken big stride forward in that direction, and in 2021 will add to its values, with vision and plan for Sheikh Hasina, by 2041 may well be in the line of developed coutries.

Pakistani businessman and entrepreneur can benefit from the new approach.

Pakistanis can import ships,bicycles, as his country was no more agrarian economy, but is moving fast towards modernization, with second only to China in garment production, new factories are coming up in Comilla, Sylhet(once known for its tea gardens).

A joint Pak-BD business council was needed to keep under constant review of trade, economic and investment issues. He hoped that talks Pakistan Premier will have with his country’s leadership, will concentrate on these issues.

Admitting that some visa problems hindered exchange of delegations, but absence of visa consular at islamabad high commission and Karachi consulate general was the reason.

Now these officers are being placed. Hopefully visa problems will ease to some extent. Despite that visa for Bangla Desh to genuine businessmen and notables were issued. However this will be subject to approval.

Earlier the Deputy High Commissioner, Noor-e-Helal, with help of videos, slides and figures, made a ewel presentation of the tremendous progress made by his country, in digitilisation, computer programming, infra-structure growth, exports, GDP growth at over 6 percent, target being 8 percent and above in next couple of yearas.