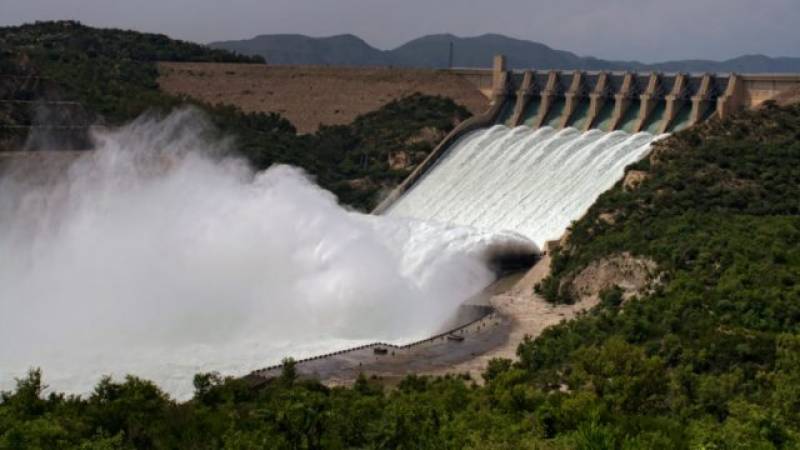 ISLAMABAD - Tarbela Dam is dying it's natural life and almost half of it's life is over.

Tarbela Dam storage capacity has been reduced by 40.58 percent owing to silting in the reservoir.

The Hydrographic Survey 2017 report has revealed.

Adviser to Prime Minister Dr Babar Awan has informed the Senate on Tuesday.

Responding to a question by Senator Samina Saeed, Awan said as per results of the Hydrographic Survey 2017 of Tarbela reservoir, the live and gross storage capacities of Tarbela reservoir have been reduced by 37.524 percent and 40.58 percent respectively.

He said the best possible arrangements will be made to provide an upstream storage to catch the sediment before entering the Tarbela reservoir.

Inflow of sediment is a natural phenomenon and cannot be prevented. However, the Government of Pakistan has taken steps for construction of Diamer Bhasha Dam which will help reduce the inflow of silt into Tarbela Dam.

Quoting studies, he said, sediment flushing is uneconomical, technically risky and the impact of it on the existing infrastructure will be overwhelming and will impact on barrage operations with increased sediment entering the canals. Additionally, it will accompany the loss of electricity generation at Tarbela and Ghazi Barotha besides the loss of water storage for the irrigation purpose.

Babar Awan said the relevant departments would be directed to arrange a detailed briefing to Upper House of the Parliament on overall situation of dams.

In a written reply to the question of Senator Syed Muhammad Sabir Shah, the minister said the contribution of silt form Siran River is 0.192 MAF which is only about 4.05 percent of the total sediment deposited in Tarbela reservoir so far.

He said it is notable that only 20 percent of Tarbela watershed is under the influence of monsoon.

He said technical investigation of various aspects of the sediment problem at Tarbela have been performed by TAMS Consultants of the project since 1967.