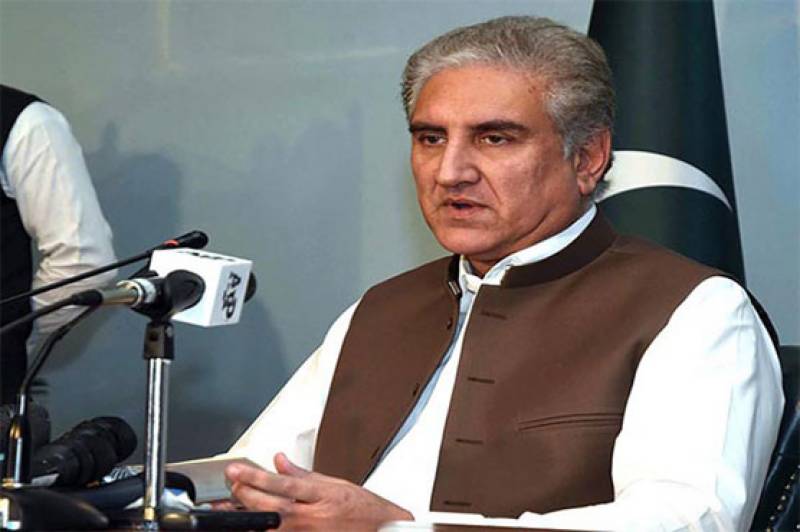 ISLAMABAD - Pakistan on Tuesday called upon the Organization of Islamic Cooperation (OIC) to summon an urgent session for adopting unanimous position in response to the planned Dutch blasphemous event.

Addressing a press conference here, Foreign Minister Shah Mehmood Qureshi said he had written letters to six foreign ministers of the OIC countries apprising them about the sentiments of the Pakistani nation and stance of the Government of Pakistan.

“I have also written a letter to the secretary general of OIC to summon an urgent session,” he said. The OIC was an effective forum for reflecting the sentiments of the 1.6 billion Muslims across the globe, he added.

The minister said he had talked to his Dutch counterpart Tuesday evening and reminded him that the abominable act of the Dutch Parliamentarian Geert Wilders was provoking, which had hurt the sentiments of Muslims across the world. Such acts would spread hatred and intolerance.

Qureshi said the Government of Pakistan was fully cognizant of the sentiments of the nation and the Muslim Ummah, and had raised the issue at different levels, in the parliament, at the Foreign Office, before the UN human rights commission and the European Union.

The Dutch minister during the telephonic conversation distanced his government from the blasphemous event and termed it an individual act, he added.

He said he told the Dutch minister that such individual acts could have long lasting negative effects and give rise to intolerance, paving way for the extremist thoughts. “We should not be oblivious of this fact and notice should be taken,” he added.

The minister said he had further reminded the Dutch minister that they also respected freedom of expression in politics and democracy, but it had certain limits, which could not be trampled.

“In Europe, if you talk about Holocaust, the people feel offended. Numerous pieces of legislation have been done there over the issue. The Muslims across the globe expect the same respect from the European countries regarding their religious attachments,” he added.

The minister referred to recent events involving humiliation of Black people in the United States, which led to launch of complete rights campaigns. - APP