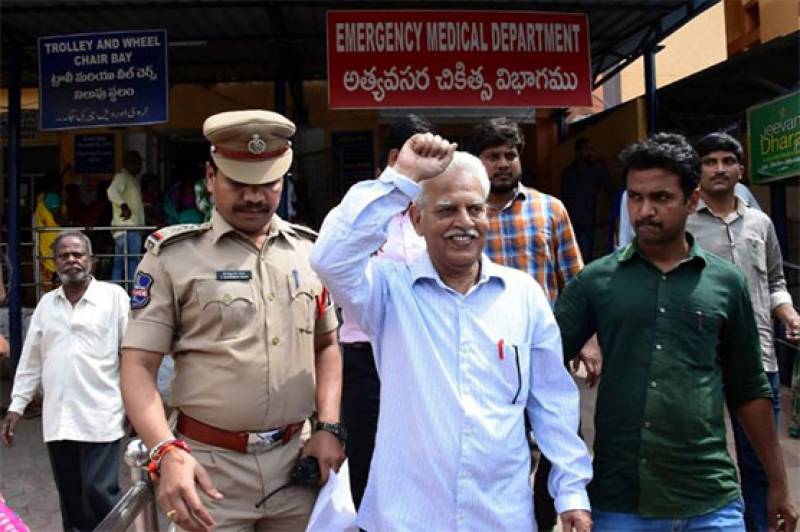 NEW DELHI - Indian police arrested five outspoken lawyers and left-wing activists during raids across the country Tuesday that drew condemnation from opposition parties and rights watchdogs who said it was a crackdown on critics of the government.

Police said the five had been detained for their links to Maoist militants, but Rahul Gandhi, head of the main opposition Congress party, said the government just wanted to "jail all activists".

Police did not name the five but the joint commissioner of police in the western city of Pune, Shivaji Bodakhe, told AFP: "These persons have been arrested for their Maoist links."

The homes of other activists and lawyers were raided as part of the investigation, media reports said. Five other people were detained in June.

Police have been investigating violence between low-caste Dalits and upper-caste groups following a political meeting near Pune on December 31 last year.

The Press Trust of India news agency quoted police as saying the five detained Tuesday had links to the meeting.

The government did not immediately comment on the case. But Congress leader Gandhi led critics of Modi, whose right-wing Bharatiya Janata Party will seek re-election next year, accusing the government of seeking to silence its opponents.

"There is only place for one NGO in India and it s called the RSS," Gandhi said on Twitter, referring to the BJP s ideological Hindu nationalist backer, the Rashtriya Swayamsevak Sangh.

"Shut down all other NGOs. Jail all activists and shoot those that complain. Welcome to the new India."

Booker-prize winning author Arundhati Roy, an outspoken critic of Modi, said the arrests were an attempt to muzzle freedoms ahead of next year s polls.

"We cannot allow this to happen. We have to all come together. Otherwise we will lose every freedom that we cherish," she said, according to the Scroll news portal.

The Indian sections of Amnesty International and Oxfam released a joint statement calling the sweep "disturbing" and questioning whether the five had been detained for their rights work.

The latest wave of raids is "the second of such crackdowns on rights activists, advocates and journalists who have been critical of the state," said Aakar Patel, executive director of Amnesty International India.

"All these people have a history of working to protect the rights of some of India s most poor and marginalized people."