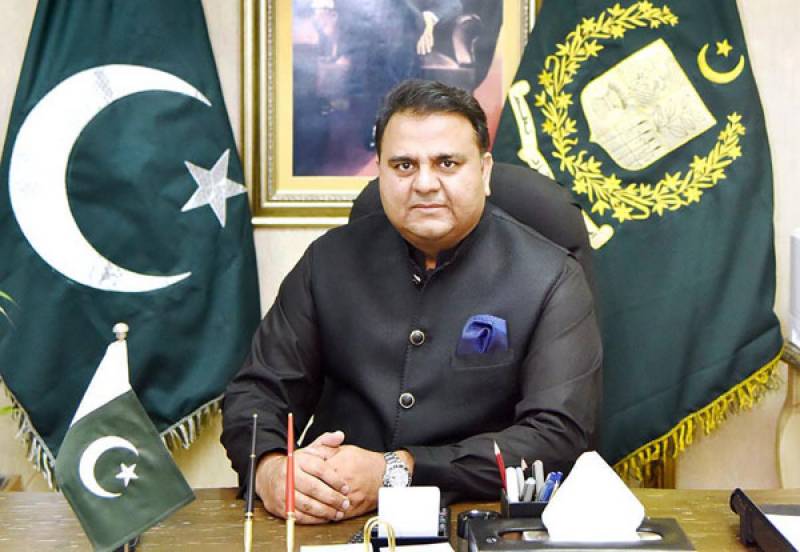 ISLAMABAD - Minister for Information and Broadcasting Chaudhry Fawad Hussain said on Wednesday that a new media regulatory authority will be constituted soon to look after the electronic, print and social media simultaneously.

Talking to media persons outside Parliament, Fawad Hussain said that after consultations with media persons, Pakistan Media Regulatory Authority (PMRA) would be constituted. He said under the new authority Pakistan Electronic Media Regulatory Authority, looking after electronic media, and Press Council of Pakistan, looking after print media will be merged. He said the merger would help save national resources, it would be a world class entity consisting of professionals and also representatives from media.

Commenting upon the oppositions’ boycott of Senate proceedings, he said it was an non-serious act as millions of rupees from national exchequer are spent on proceedings of house. The minister said that those who termed the parliament as bogus and fake were now strangely seeking votes for presidential elections.

Fawad said that keeping in mind the importance of the Parliament, Prime Minister Imran Khan attended its first session after assuming office. He said that PTV-National would be converted to PTV Politics which would give live coverage of proceedings of the Parliament, provincial assemblies and standing committees. Through live coverage, the masses would see themselves what their public representatives were doing in the elected houses, he remarked.

He said that the present government has imposed ban on advertisement campaigns projecting personalities. He said a committee has been constituted for formulation of official advertisements policy to avoid such wastage of national wealth in future. He said that PTV has been given editorial independence and it was giving more coverage to opposition than the private media.

He said that Aitzaz Ahsan was a senior and respected politician but PTI’s Arif Alvi was set to win presidential elections with clear majority.

Answering another question he said that every body knows that Prime Minister Imran Khan was not protocol-loving person but the state has to take some measures to ensure security of its chief executive. He clarified that the Prime Minister was using helicopter to avoid expenditures on security vehicles in his cavalcade and save the people from inconvenience during his movement on the roads. - APP