US Marines return back to Helmand, marking re engagement to insurgency
29 Apr, 2017 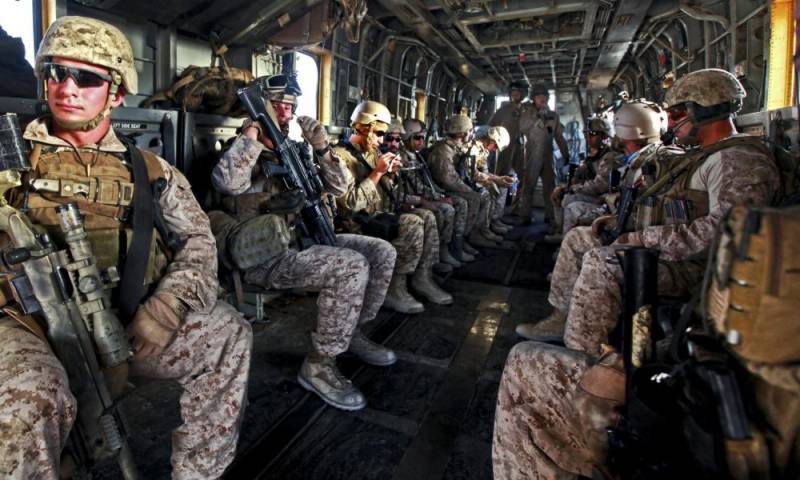 LASHKAR GAH:  US Marines returned to Afghanistan's volatile Helmand province Saturday, the first to be deployed in the war-torn country since NATO forces ended their combat role in 2014.

Commander of US and NATO forces in Afghanistan General John Nicholson attended a handover ceremony marking the return of the prestigious force in the poppy-growing southern province, where American forces faced heated fighting until 2014, an AFP photographer said.

Some 300 Marines will form part of NATO's train, assist and advise mission in the province, which for years was the centrepiece of the US and British military intervention in Afghanistan -- only for it to slip deeper into a quagmire of instability.

The ceremony marking the deployment, first announced in January, came one day after the resurgent Taliban announced the launch of their "spring offensive", heralding a fresh fighting season.

The Taliban effectively control or contest 10 of the 14 districts in Helmand, the deadliest province for British and US troops over the last decade and blighted by a huge opium harvest that helps fund the insurgency.

The US has around 8,400 troops in the country with about another 5,000 from NATO allies. The Marines were among the first US forces sent to Afghanistan after the 2001 terror attacks in the United States. Several thousand were deployed in Helmand, where they engaged in bitter combat with the Taliban insurgency.

Their fresh deployment in the province is the latest sign of how foreign forces are increasingly being drawn back into fighting the insurgency.