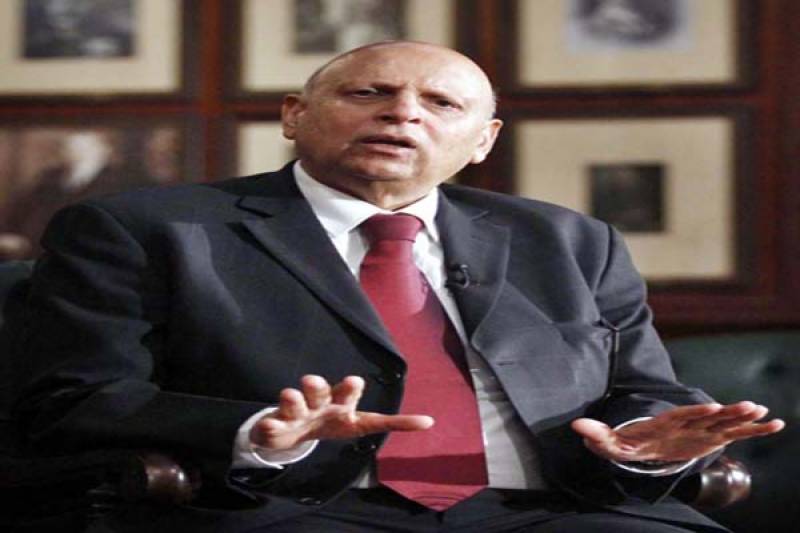 LAHORE - Punjab Governor Chaudhry Muhammad Sarwar Sunday said a two-tier local government (LG) system was in the offing in the province while no decision had so far been taken about the tenure of institutions. “The government has decided to introduce village councils and the directly elected district or tehsil governments in the province, however, it has yet to be decided whether their tenure will be three or four years,” he said during an interview with APP on Sunday.

The governor said he was passionate about empowering people through decentralisation of powers. The LG system badly failed in those countries where the elected representatives were restrained from decision-making. Chaudhry Sarwar, who renounced his British citizenship after remaining Member of British Parliament and took charge as the Punjab governor for the second time, said he had returned to his birthplace to serve the people of his native country.

He said: “All of us must utilise our full energies to bring about a better change in the lives of Pakistanis and improve the country’s image .” It took Britain centuries to evolve a democratic system, and the Pakistan Tehreek-e-Insaf (PTI) government was moving in the right direction for the purpose, he added. About governance, the governor stressed the need for introducing sustainable reforms in the system. Prime Minister Imran Khan was committed to fulfill his election manifesto of change, which would ultimately bring change in the lives of countrymen.

About his parting of ways with the Pakistan Muslim League-Nawaz, he said he had left the PML-N after experiencing obstructions in the delivery of justice. There was no good to be a governor if one’s directions were not complied with by the state departments and the people were denied justice, he added. During the PML-N government, power was centralised to the party’s four bigwigs only, he said.

Chaudhry Sawar said though the picture was not rosy yet the PTI government was committed to make the state institutions serve the masses. Regarding the yesteryears slogan of ‘Roti, Kapra aur Makan’, the governor said the government would provide jobs and shelter to the masses. The construction of five million homes and provision of 10 million jobs to the unemployed was a step in the right direction, he said, adding that the people could not be befooled with hollow slogans.

To a question, he said Prime Minister Imran Khan was the first leader, who had a vision for empowering the unprivileged and he would translate the dreams of the middle-class people for a better living standard into reality. Talking about environment-friendly power projects, the governor criticised the last PML-N government for installing hazardous coal-power projects in the country. It was need of the hour to switch to the solar system and hydropower projects. He had asked universities and wished other institutions like hospitals, schools etc, to adopt solar system as an alternate source of energy, he added. Chaudhry Sarwar expressed his dissatisfaction over the performance of the public-sector universities, which, he said, needed to do a lot to improve their performance in academics, sports and co-curricular activities.

Alluding to tough decisions regarding the public sector universities, the governor said the higher education institutions needed reforms as persons at important posts like registrars and treasurers were working on ad-hoc basis with several varsities had temporary vice-chancellors.The PTI government believed in the right person at the right place in such institutions. The seat of pro-vice chancellor at the universities would be abolished, he added. About water scarcity, he said it was a national cause to work for the construction of new reservoirs to save the next generations from the crisis. The country required multiple dams of smaller storage capacity, which could even be built on canals and waterfalls. He urged students to come forward and raise funds for the dams.

About revival of the textile industry, he said the government had reduced power tariff for the agriculture sector to half in order to rejuvenate the cotton crop, which was 56 per cent of the country’s agriculture yield. The gas prices for the industry had also been revised. Such concessions would help increase the country’s exports which had fallen to mere $20 billion, compared to the $58 billion imports, he added. About charity works, the governor said that serving humanity was his passion and helping the needy gave him immense energy and strength in life. “Serving my country inspired me to return to Pakistan and renounce my British nationality”.

He said he had founded the Sarwar Foundation during his stay in the United Kingdom (UK), in the year 2000, which was setting up hospitals, and educational and handicrafts institutions in Pakistan.

About the promise of change, he said the Pakistan Tehreek-e-Insaf (PTI) had stood up to its decision and the recent October 14 by-polls was the first step towards breaking with the bad tradition. The PTI candidates lost the recent by-polls, but it did not involve the state institutions or government servants to influence the election results, he added. “Independence to the state institutions and zero political interference in their affairs is another promise which has been fulfilled by the PTI government,” he added.

To a query, he said people were the fountainhead of power and the doors of Governor’s House would always remain open for the common citizens, especially the youth.