India gets a blow from the top UN body over Occupied Kashmir restrictions
28 Feb, 2021 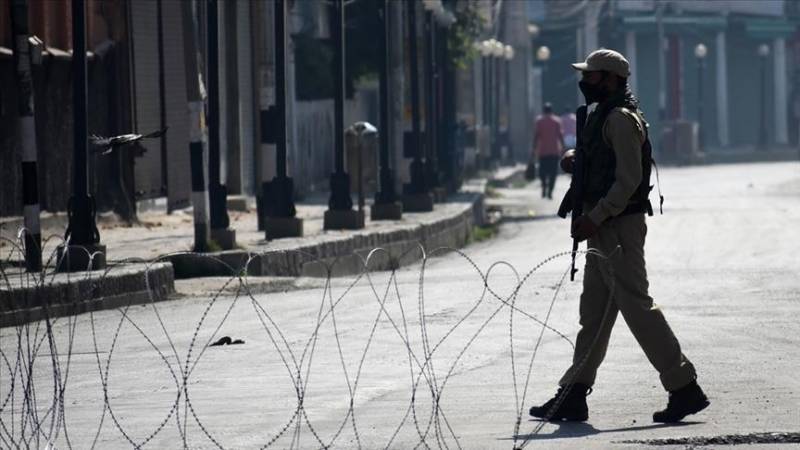 Raids on human rights defenders in Indian-administered Kashmir show continued restrictions on civil society, which impair the public’s rights to impart and receive information and debate the government policies affecting them, UN High Commissioner for Human Rights Michelle Bachelet said in a statement on Friday.

Bachelet said restrictions on communications and the clampdown on civil society activists in Kashmir “remain of concern.”

“Despite the recent restoration of 4G access to mobile phones, the communications blockade has seriously hampered civic participation, as well as business, livelihoods, education, and access to health-care and medical information,” the statement said.

High-speed internet was restored on Feb. 6 after a shutdown since Aug. 4, 2019, when India imposed a military and communications clampdown, besides arresting thousands of pro-freedom activists.

Last October, India’s National Investigation Agency (NIA) raided the offices of the Jammu and Kashmir Coalition of Civil Society and the home of Khurram Parvez, its coordinator.

The NIA also raided the office of the Association of the Parents of Disappeared Persons, which seeks the whereabouts of thousands of Kashmiris allegedly subjected to forced custodial disappearance by Indian forces.

Global human rights groups have expressed concern over these raids. In a statement last October, Amnesty International said these raids were “an alarming reminder that India’s government is determined to suppress all dissenting voices in Jammu and Kashmir.”

Last Thursday, seven UN rapporteurs said in a statement that India’s decision to strip Kashmir’s autonomous status in 2019 and the introduction of new residency laws “could curtail the previous level of political participation of Muslims and other minorities.”

On Friday, Shehryar Khan Afridi, the head of the Pakistani Parliament’s Committee on Kashmir, asked the UN secretary-general to act on a report of UN rapporteurs and “impose sanctions on India for its demographic terrorism” in Jammu and Kashmir.

Kashmir, a Muslim-majority Himalayan region, is held by India and Pakistan in parts and claimed by both in full. A small sliver of Kashmir is also held by China.

Some Kashmiri groups in Jammu and Kashmir have been fighting against Indian rule for independence or unification with neighboring Pakistan.

According to several human rights groups, thousands of people have been killed in the conflict since 1989.

On Aug. 5, 2019, the Indian government revoked Article 370 and other related provisions from its Constitution, scrapping the country’s only Muslim-majority state with its autonomy. Jammu and Kashmir was also split into two federally administered territories.

Simultaneously, it locked the region down, detaining thousands of people, imposing movement restrictions, and enforcing a communications blackout.