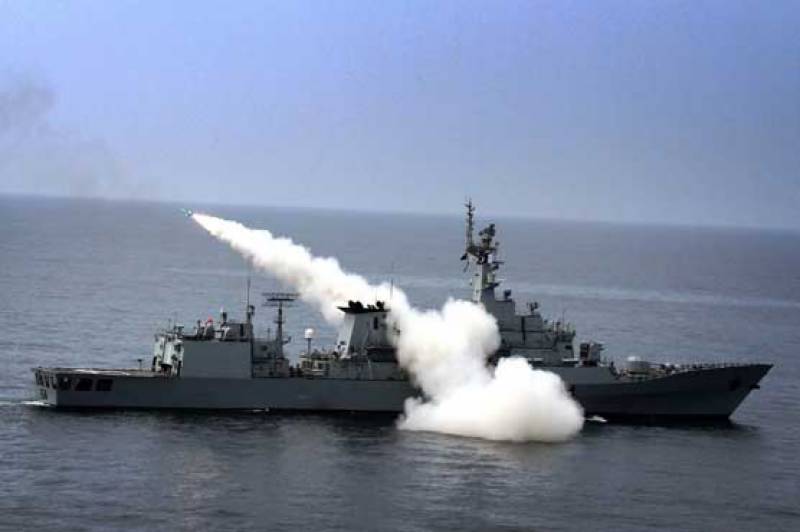 KARACHI - The operational exercise Rabat 2019 of Pakistan Navy is going on Arabian Sea. To increase the capability of targeting the enemy ships, the Pak Navy's fleet fired missiles from the Navy's warplanes and aircrafts.

Missiles have successfully demonstrated the strike capability, which is a testimonial to the Navy's combat capabilities.

During the Rabat exercises, the units of the Pakistan Navy and the Pakistan Air Force are participating in various Maritime Operations in the open maritime and naval combat environments.

In addition to this, special operations exercises such as coastal defense, air defense, maritime detention operations are underway for Pak Marines and Special Operations Forces.

The exercise is a evidence of the commitment of the Pakistan Navy's high quality and combat capabilities to ensure the maritime defense and security of Pakistan's maritime assets in times of peace and war.

Chief of the Navy Admiral Zafar Mahmood Abbasi witnessed the firing of the missile and expressed his full confidence in the operational readiness of the Navy.

He reiterated that Pakistan is ready to defend the naval borders of the Navy and any aggression by the enemy will be answered effectively.