A big diplomatic success for Pakistan against India at the international front
27 Oct, 2019 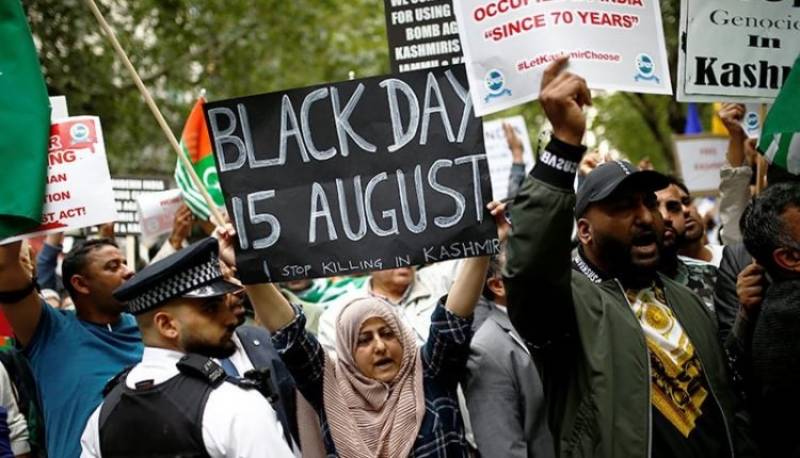 *UNITED NATIONS: Organization of Islamic Council’s (OIC) officials and a top Saudi diplomat voiced strong support for Kashmiri people in their struggle for their UN-pledged right to self-determination at a special event held in New York to mark the 72nd anniversary of India’s massive invasion and occupation of Kashmir, known as “Black Day.”*

The largely-attended event was organized by Ambassador Maleeha Lodhi, the outgoing Pakistan’s ambassador to the UN, whose dedication to the Kashmir cause was praised by guest speakers, with Ghulam Nabi Fai, secretary-general of Washington-based World Kashmir Awareness, calling her the “voice of Kashmiri people.”

It was the first time that foreign diplomats joined the annual observance of “Black Day” held here to voice their solidarity with the oppressed people of Jammu and Kashmir and to denounce India’s annexation of the disputed state in violation of the UN resolutions and its lockdown, now nearing three months, which is enforced by 900,000 troops.

Speaking on the occasion, Ambassador Agshin Mehdiyev, permanent observer of OIC to the UN, enumerated the steps taken by the 57-member organization in support of the Kashmiri people, and urged the international community to accelerate its efforts to help them “decisively” in achieving their legitimate rights.

He also drew attention of the audience to the joint communique adopted by OIC’s Contact Group on Kashmir last month that called on India to rescind it’s decision to strip the state’s special status, withdraw the inhuman curfew and other restrictions and free thousands of detained people, especially young boys, and the local political leaders.

“The Kingdom of Saudi Arabia has always stood by Pakistan on Kashmir and we have always advocated self-determination for the Kashmiri people, as the Saudi people unanimously support their cause,” he said.

The Saudi envoy said that the struggle of people of Kashmir will not go unanswered “Inshallah”, and that it was not a “wishful thinking but reality is that you cannot suppress a population of 8 million”.

“We hope for a peaceful resolution of Kashmir in accordance with UNSC resolutions,” he said, adding, that “the key to success is an approach that protects the interests of Pakistan, Kashmir, and India.”

In her concluding remarks, Ambassador Lodhi underscored that while 27 October was a Black Day, each day of occupation was equally dark for the people of Indian Occupied Kashmir.