President stresses for resolution of all regional disputes in peaceful manner
27 Nov, 2018 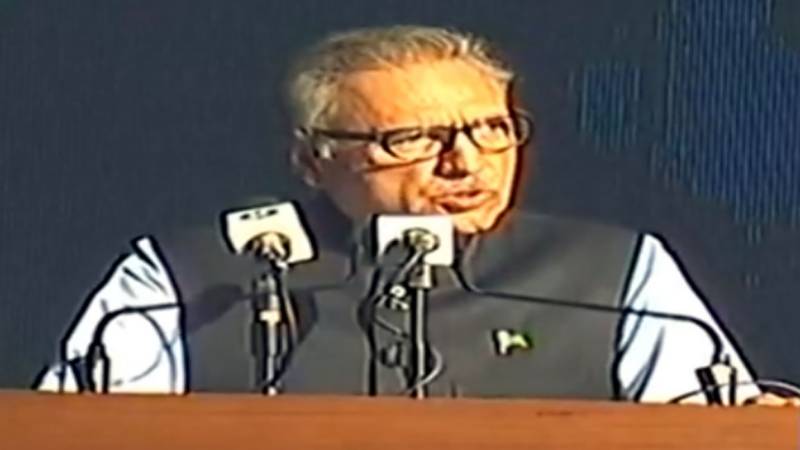 President Arif Alvi has stressed for resolution of all regional disputes in a peaceful manner.

Opening the four-day International Defense Exhibition IDEAS-2018 at Expo Center in Karachi on Tuesday, he said Pakistan desires peace and its weapons are not for aggression but only for defense purpose.

He said our nuclear deterrence is also to ensure that nobody looks at us with an evil eye.

Voicing concerns over the deteriorating situation in occupied Kashmir, President said Indian side cannot suppress voice of Kashmiri people through the use of brute force.

President invited India to come to the negotiating table as war is not an option.

Hailing the sacrifices of armed forces and the people in the war on terrorism, the President said the armed forces have secured the country from terrorism.

He said our armed forces are the only organization which has the most experience in dealing with the menace.

The President said Pakistan is building state of the art defense equipment including JF-17 thunder fighter jets, Mushshak and tanks.

He stressed for further research in the cyber world and artificial intelligence to give a quantum jump to the defense industry.

He said Pakistan offers business friendly environment for investment and the private sector should come forward for investment in production of defense related equipment.

Arif Alvi said a strong and stable economy is also vital for defense of the country.

Referring to the Afghan refugees, the President said the world has forgotten them but Pakistan is still hosting them.

Five hundred and twenty-two exhibitors from fifty countries will showcase their high-quality arms from today till Friday.