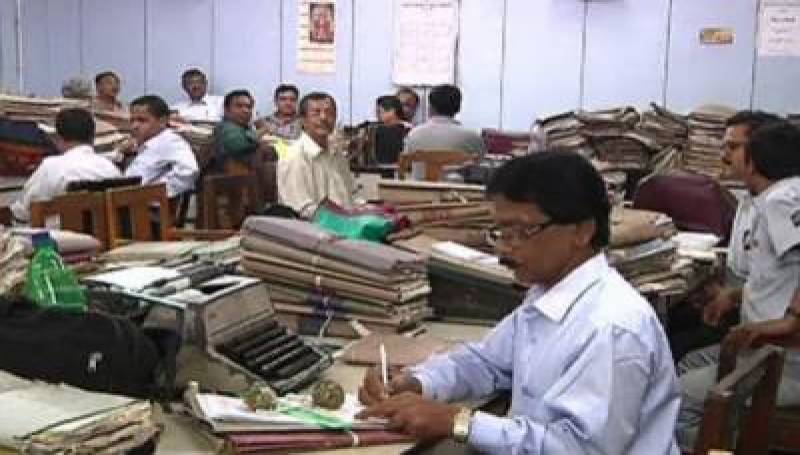 *ISLAMABAD: *The federal government is considering giving a massive tax relief worth Rs67 billion to the salaried class in the upcoming budget, as it plans to cut income tax rates for every income bracket with an aim to bring down the highest slab rate to 20%.

Besides this government is also planning to have salary increase between 10 to 20% for the government servants.

The wage-boosting measure will see a 90% cut in tax burden of the lowest income group and around 43% for the highest income group, said officials in the finance ministry.

Cumulatively, the salaried class’s take-home pay will increase by Rs67 billion at their current income levels, which will be a major relief to them ahead of upcoming general elections, they added.

The plan also includes increasing the tax exemption threshold from the current Rs400,000 to Rs500,000 annual income, they added.

So far, numerous meetings have taken place between the Federal Board of Revenue (FBR) and the Prime Minister’s Office to finalise the relief plan, they added. The plan, however, may see some obstacles, as there were also concerns about the impact of the massive relief on the government’s revenues and its already narrow income tax base, said the sources.

The PML-N government has announced to give fiscal year 2018-19 budget on April 27th – almost five weeks before its five-year constitutional term comes to an end. This will be the sixth budget that the present National Assembly will approve.

The Rs67-billion relief is still lower than what Prime Minister Shahid Khaqan Abbasi desired during the in-house meetings, said the sources. PM Abbasi’s plan talks about Rs100 billion relief to the salaried class, the sources said. The extremely narrow tax base remains a concern for all stakeholders. Less than half a percentage point of the total population or 1.261 million individuals and companies filed their income tax returns for tax year 2017, according to the new Active Taxpayers List.

The prime minister is of the view that low tax rates would encourage people to come in the net.

Under the law, it is legally binding on every citizen of the country to file income tax return by September 30 every year provided he has a taxable annual income of Rs400,000 or more.

The sources said that the PM desired to increase the income tax exemption threshold from the current Rs400,000 to Rs1.2 million. Additionally, the PM also wanted that the highest income tax rate for the salaried class may be lowered from 35% to only 15%. The total cost of the PM’s proposal was roughly Rs100 billion.

Sources said that the FBR did not endorse this proposal and came up with an alternate workable plan. According to the FBR’s proposal, the income tax exemption threshold has been suggested to be at Rs500,000, the officials said.