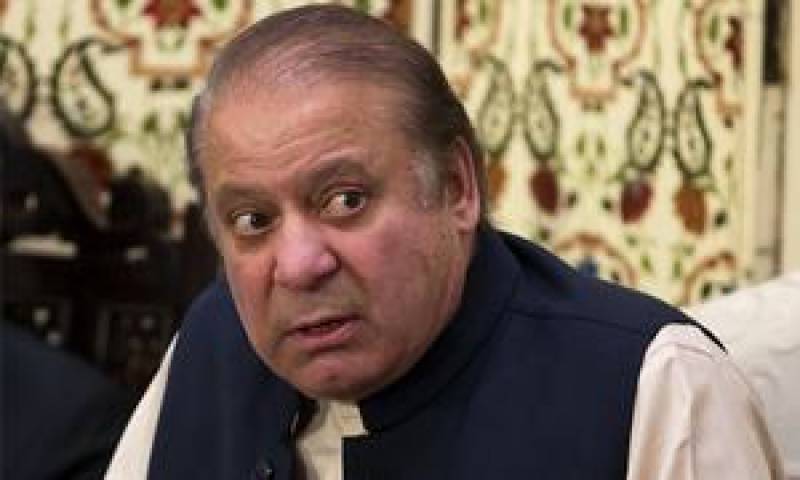 RAWALPINDI/ISLAMABAD: In his first reaction over Wednesday’s elections, Nawaz Sharif, the incarcerated leader of the Pakistan Muslim League (PML-N), alleged that the polls had been “stolen”.

Talking to visitors in Adiala Jail, the former prime minister warned that the “tainted and dubious” results of the elections would cast a bad impact on the country’s politics.

Thursday was a meeting day for Mr Sharif, his daughter Maryam Nawaz and son-in-law retired Capt Muhammad Safdar, who were imprisoned after they were convicted in the Avenfield properties case.

A number of party leaders, who visited the jail, quoted Mr Sharif as saying that the Pakistan Tehreek-i-Insaf had been “made victorious” in KP despite the PTL-led previous government’s bad performance in the province.

Mr Sharif, they said, also expressed his reservations over the elections results in Faisalabad, Lahore and Rawalpindi, and said that the PML-N candidates (in these areas) were in very stable position but they had been declared defeated candidates.

Mr Sharif was of the view that Imran Khan’s position was much weaker this time than in 2013 when last general elections were held.

The personal physician of Nawaz Sharif also visited him in the jail. However, Tariq Fatemi, former adviser to the prime minister, and Absar Alam, former chairman of the Pakistan Electronic Media Regulatory Authority, were not allowed to meet the PML-N supremo.

The jail authorities, following the orders of the superintendent, brought the detained trio from their cells to the conference hall where they met the visitors.

Nawaz Sharif and Shahbaz Sharif also held a one-on-one meeting lasting more than half an hour, later to be joined by Maryam Nawaz, sources said. During the meeting, post-elections scenario of the country came under discussion.

Talking to Dawn, the PML-N leaders said that no facilities were being provided to Nawaz Sharif in the jail as they met him in a room with no air conditioner while an air conditioner was running in the waiting room for the visitors.

The health of the former prime minister was not good, they said, adding that Nawaz Sharif did not make any comment about his health but his condition was obvious from his physical appearance.

Meanwhile, a team of the Pakistan Institute of Medical Sciences (Pims), which was to examine Nawaz Sharif on Thursday, had to wait for over one hour and finally returned to the hospital as Mr Sharif was meeting his family members. The team has been mandated to submit a report on whether Mr Sharif should be shifted to hospital or not.

A member of the team, requesting anonymity, said that during a visit on Wednesday, they had advised Mr Sharif to get his ultrasound done but he postponed it to the next day.

A senior doctor of Pims, Dr Zulfiqar Ghouri, said the team would again be sent to Adiala jail on Friday (today) to examine Mr Sharif.