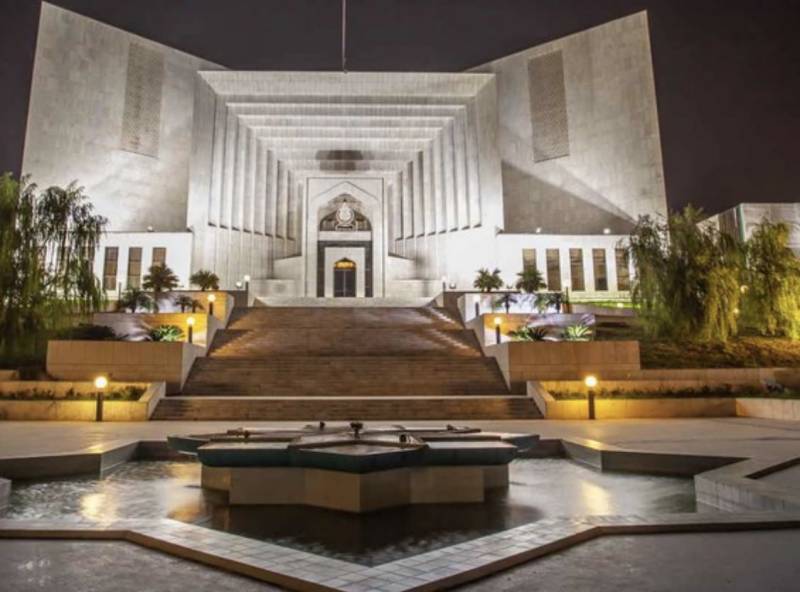 At the outset of the hearing, Attorney-General of Pakistan Ashtar Ausaf read out the SC verdict before the court.

“Maybe Imran Khan was not informed about the court’s decision,” the CJP remarked.

The top court said that they will issue a detailed judgment in the case later.

“We will issue the detailed verdict in the case which will serve as an example in the future,” CJP Bandial remarked and disposed of the petition against Imran Khan.

Earlier in the day, the Supreme Court constituted a five-member larger bench to hear the contempt of court plea filed against former prime minister and PTI Chairman Imran Khan by the incumbent government.

The Supreme Court (SC) Wednesday allowed PTI to stage a protest at Islamabad’s H-9 and stopped the government from carrying out raids on houses and offices.

The top court also directed releasing those lawyers who are not accused of serious criminal activities and issued orders to immediately release PTI workers under MPO. The interior ministry has been stopped from unnecessary use of force against the political workers. *Imran Khan gives six-day ultimatum to govt*

Addressing the participants of the ‘Azadi March’ at Jinnah Avenue, Imran Khan said the government tried every method to crush our march, they used teargas on peaceful protest, our homes were raided and privacy of the homes were violated.

Imran Khan said three PTI workers lost their lives in Karachi while two workers were thrown off Ravi Bridge and thousands of others were arrested.