US will not ditch Pakistan, Washington assured Islamabad: Sources
26 Jan, 2019 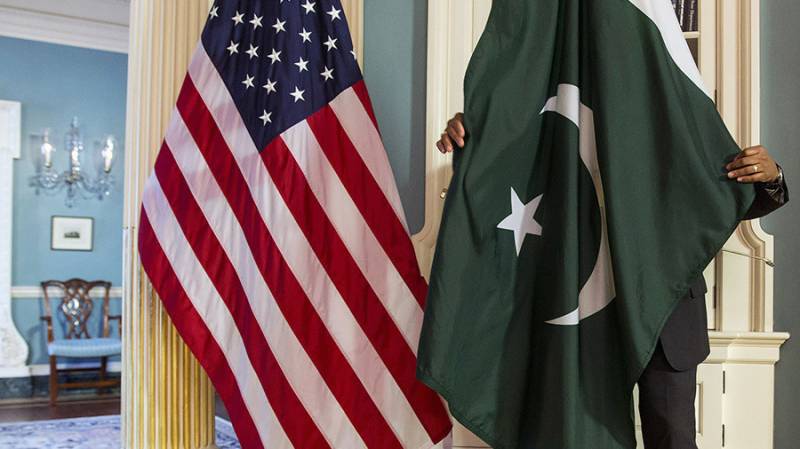 ISLAMABAD - Pakistan has reportedly been assured by Washington that unlike past US will not ditch Pakistan after the end of successful Afghan peace talks.

The United States will not shun Pakistan after the goal of Afghan peace has been achieved, Washington has assured Islamabad.

Senior officials at the foreign ministry told The Nation that Pakistan had a ‘huge concern’ that the US always turned its back after ‘using’ Pakistan.

“The past is an evidence. They (the US) have used Pakistan to achieve their goals in the past and then walked away. We have discussed this issue with them and they have promised not to ignore us (Pakistan) after Afghanistan’s peace has been achieved,” said one official.

Another official said the US was interested to continue the ‘partnership’ for regional peace and progress. “Washington believes Pakistan’s role is beyond Afghanistan. They want to make joint efforts in the future and achieve all the targets,” he added.

Pakistan has arranged US talks with the Afghan Taliban in the recent weeks. Yesterday, Abdul Ghani Baradar, a senior Taliban military commander and a co-founder of the Taliban - who was released from prison in Pakistan in October – was appointed head of the group’s political office in Qatar as it negotiated with the US over ending the 17-year-old Afghan war.

The Taliban leader was arrested in Pakistan in 2010. His release was believed to have been arranged by the US as part of the negotiations, and his presence could reassure battlefield commanders who may fear concessions by the political leadership.

Baradar was brought in to “strengthen and properly handle the ongoing negotiations process with the United States.” Taliban Spokesperson Zabihullah Mujahid said. “Multiple changes have also taken place in the military and civilian departments” of the group, “so that the ongoing jihadi process and political efforts can develop positively.”

The Taliban have refused to meet with the Afghan government, which they view as a US puppet. This week, a Taliban assault on a military base run by the intelligence service killed dozens of people.

Amid the peace talks with Afghan Taliban, the US has shown interest in a meeting between Prime Minister Imran Khan and US President Donald Trump.

Pakistan said no date had been finalised for Prime Minister Khan’s meeting with President Trump. However, Foreign Office Spokesperson Dr Mohammed Faisal confirmed interest had been expressed from the US side for a meeting between the top leaders.