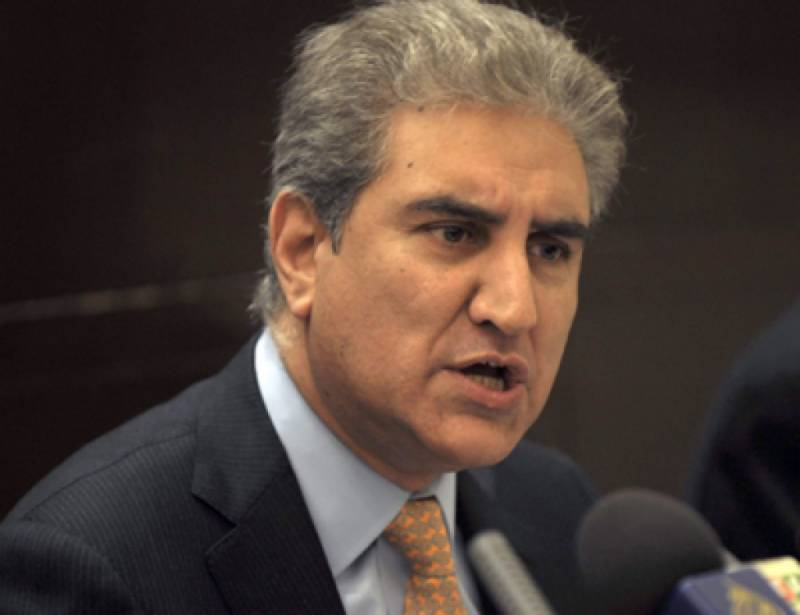 UMERKOT: Minister for Foreign Affairs Shah Mehmood Qureshi said that the PTI Government could not be toppled on anyone’s wish and it would complete its five-year term.

He said despite formation of alliance of the opposition parties the government would not compromise on the national interests.

Speaking at a public rally here, he said public interest was more important to them and the government would not bow before the International Monetary Fund (IMF).

He said the government had decided to grant facility of E-visa to citizens of 173 countries while citizens of 50 countries would enjoy facility of visa on arrival, adding it would eventually increase foreign investment in the country and also promote tourism.

The foreign minister said Pakistan’s economy was heading in the right direction and the present government had put it on the right track, adding positive outcomes of economic development would emerge soon.

He said the foreign investors were now taking keen interest to invest in different sectors in Pakistan.

About Pak-US ties, he said the Americans wanted to review their relations with Pakistan. He, however, said that it was premature to say about the date for meeting between the US President Donald Trump and Prime Minister Imran Khan.

The foreign minister said that the entire Sikh community was very happy on opening of Kartarpur corridor and Pakistan had received an over-whelming response on this gesture from the entire world.

He said the government had prepared feasibility report of Kartarpur corridor project and it would spend Rs two billion on it. He also expressed the hope that the government would also open Omerkot to Khokrapar corridor.

Speaking to various gatherings in Sindh the other day, he said Pakistan was heading towards water crisis and if timely steps were not taken for conservation of water, the country would be confronted with water crisis.

Lashing out at the PPP leadership, who had been in power in Sindh for the last 40 year, he questioned what they (PPP) did for resolution of basic problems like water for the dwellers of Sindh province.

He said children were dying at Mitti hospitals where there were no basic facilities of health while the local police had become personal servants of the landlords.

Shah Mahmood Qureshi said the people of Punjab had rejected the PPP while it had also lost its position in Balochistan province, once it used to enjoy.

He said he was seeing change in Azad Kashmir and Gilgit Baltistan in the coming elections.

He said the people of Karachi had expressed their full confidence in the leadership of PTI and it had won 14 National Assembly seats from commercial hub of the country.

He said the wave of change from Karachi would reach Omerkot, adding that he contested 2018 polls from Omerkot and got one hundred and fifty thousand votes. He said he had come here to thank the people of the area.

He lamented that fake cases were being registered against those people who voted for him. He said the people of Sindh would not bow before the high-handedness of the PPP and would support the PTI.

In his statement on Friday, the foreign minister condemned incidents of police high-handedness in Sindh. He said that the PPP wanted that no one should raise their voice against them.

He demanded immediate arrest of those involved in the firing incident.