US faced big embarassment at the UN Security Council
26 Feb, 2020 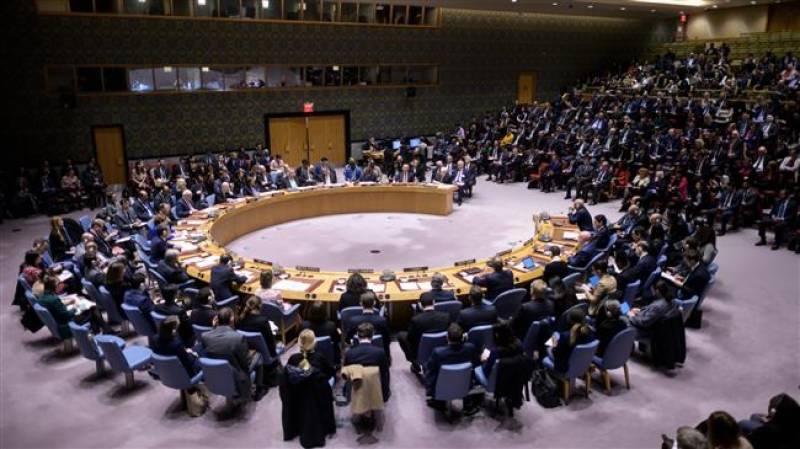 ISLAMABAD - The United Nations Security Council (UNSC) has renewed the call for a two-state solution to the Israeli-Palestinian conflict weeks after the United States unveiled a “peace” plan that runs counter to such a solution and the entire international law.

All 15 Security Council member states approved a Belgium-drafted statement on Monday that urged all parties to adhere to the two-state bid.

Security Council resolutions have in the past called for the two-state solution based on the 1967 boundaries, Press TV has reported.

UNSC Resolution 2334, adopted in December 2016, pronounced settlements in the West Bank and East Jerusalem al-Quds “a flagrant violation under international law and a major obstacle to the achievement of the two-State solution.” [image: US deal violates UN resolutions, Palestinian sovereignty: Abbas] link “All parties should refrain from undermining the viability of the two-state solution in order to maintain the prospects for a just, comprehensive and lasting peace,” the Security Council statement added, referring to Israel’s recent settlement construction plan in the occupied Palestinian territories. link

Elsewhere in its statement, the UNSC “stressed the need to exert collective efforts to launch credible negotiations on all final status issues” and expressed “grave concern about acts of violence against civilians.”

The statement followed two days of intense fighting between Israel and the Palestinian Islamic Jihad movement in the Gaza Strip, which ended with a ceasefire on Tuesday.

Violence has surged in the occupied lands following the release of US President Donald Trump’s self-proclaimed “deal of the century link,” which his administration has drafted in close cooperation with the Israeli side.

The scheme largely meets Israel’s demands while creating a Palestinian state with limited control over its own security and borders.

The so-called ‘Vision for Peace’ — which all Palestinian groups have unanimously rejected — bars Palestinian refugees from returning to their homeland while enshrines Jerusalem al-Quds as “Israel’s undivided capital” and allows the regime to annex settlements and the Jordan Valley.