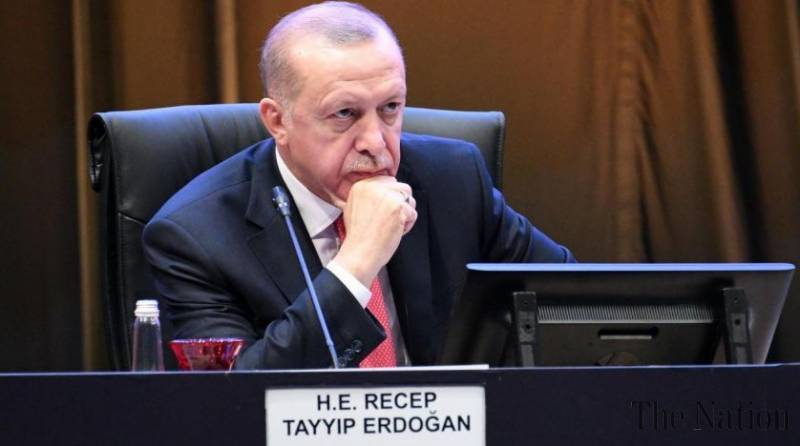 ANKARA - The Turkish leader approved earlier in the day the memorandum on military cooperation with the Libyan Government of National Accord (GNA), recently ratified by the Turkish parliament. Erdogan has said that Turkey may send its troops to Libya if the GNA makes such a request, Sputnik has reported.

Russia condemns any interference in Libya's internal affairs by an outside power but welcomes attempts to help resolve the crisis in the north African country, the Russian president's press secretary Dmitry Peskov told the media on Thursday.

Turkish President Recep Tayyip Erdogan said on Thursday that he intended to submit to the country's parliament a request for using the Turkish armed forces in Libya.

"We are asked whether we will send military to Libya. I will answer: we will go where we are invited to. The memorandum has once again confirmed our cooperation and support. This agreement has entered into force today. We will soon submit a request to the parliament for using our army in Libya. With this mandate we have more possibilities to provide support to Libya", Erdogan said in an address for the heads of the regional departments of Turkey's ruling Justice and Development Party.

On Wednesday, President Erdogan paid a surprise visit to Tunisia for talks with his Tunisian counterpart Kais Saied. Speaking to the press after the talks, Erdogan stated that Ankara is still ready to consider the possibility of sending troops to Libya upon a request by the UN-backed Government of National Accord (GNA).

In November, Ankara and Tripoli signed a memorandum on maritime boundaries in the Mediterranean Sea, in a move that drew the ire of Greece, Cyprus, and Egypt, while the Tobruk-based Libyan parliament decried the document as illegal.

Libya has been engulfed in a political crisis after the 2011 coup which resulted in the ouster of the country's leader Muammar Gaddafi.

Two rival administrations have since practically turned the oil-rich country into a duopoly, with the Libyan National Army (LNA) controlling the east and the GNA controlling the west. The country's south, however, has recently begun attracting runaway terrorists from Syria and Iraq.

The situation has escalated over the past several weeks as the LNA’s commander announced an offensive on the GNA-held capital of Tripoli. The city had already been a battleground for a similar attack in April, in which hundreds of people were killed and thousands more injured.