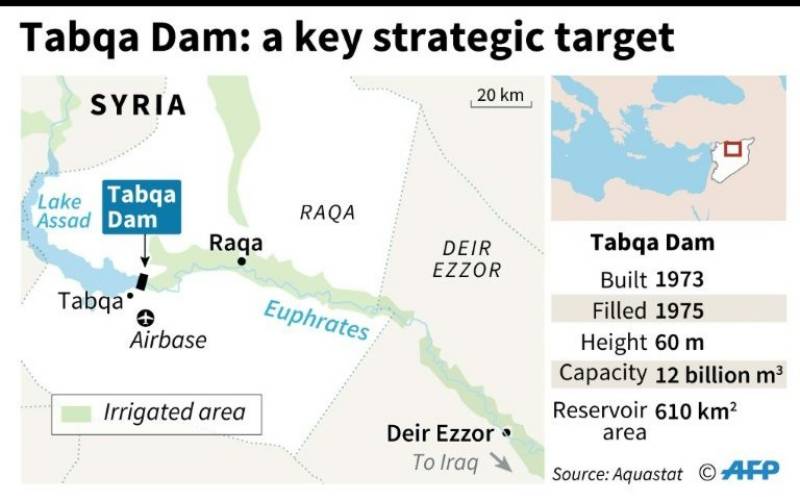 AL-MALIKIYAH: Turkish warplanes killed more than two dozen Kurdish fighters Tuesday in strikes in Syria and Iraq, where the Kurds are key players in the battle against the Islamic State group.

Turkey said it had carried out the strikes against “terrorist havens”, vowing to continue acting against groups it links to the outlawed Kurdistan Workers’ Party (PKK).

In northeast Syria, strikes targeting the Kurdish People’s Protection Units (YPG) — who are leading the offensive against IS stronghold Raqa — were reported to have killed 20 fighters.

In northern Iraq they killed six peshmerga fighters from the autonomous Kurdish government, usually allied with Ankara, in an apparent accident.

Baghdad condemned a “violation of international law and Iraqi sovereignty”.

The United States said it was “deeply concerned”.

“We are very concerned, deeply concerned that Turkey conducted air strikes earlier today in northern Syria as well as northern Iraq without proper coordination either with the United States or the broader global coalition to defeat ISIS,” State Department spokesman Mark Toner said, using another acronym for the jihadist group.

The strikes underlined the complexities of the battlefields in Iraq and Syria, where twin US-backed offensives are seeking to dislodge IS from its last major urban strongholds.

They could also exacerbate tensions between Ankara and its NATO ally Washington, which leads an anti-IS coalition carrying out air strikes in Syria and Iraq and sees the Kurds as instrumental in the fight against IS.