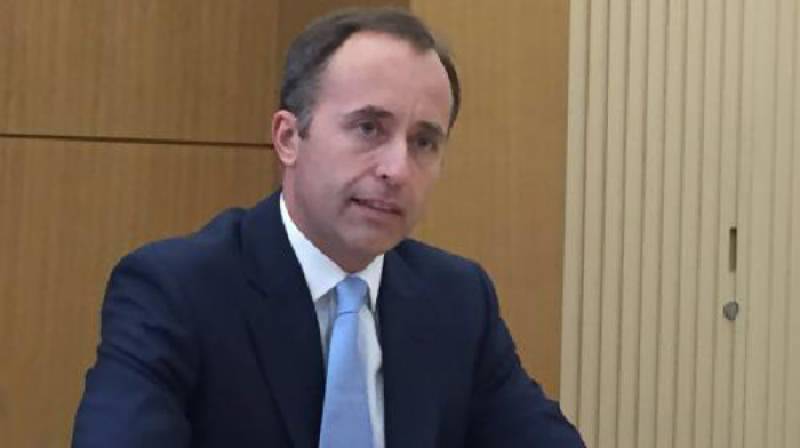 According to British High Commission's press release, issued on Wednesday, Adviser to the Prime Minister on Foreign Affairs, Sartaj Aziz, attended the celebrations along with prominent guests from the world of government, diplomacy, culture, academia and the media. Over the coming months, the photography exhibition will tour the UK and Pakistan.

The exhibition showcased the UK and Pakistan's shared history and shared future – from education to fashion, health and culture to sports, from trade to politics and from defense to infrastructure.

The event also featured the music from a British military band and the best of British cuisine, to mark the 65th anniversary of Her Majesty's accession to the throne in 1952, when she became both the British Sovereign and the Head of the Commonwealth. Some of the photographs featured Her Majesty's visit to Pakistan 1961 and 1997.

Speaking at the Queen's Birthday Party reception and photo exhibition, the British High Commissioner to Pakistan Thomas Drew CMG said, 2017 marks the Queen's 65th Year as Queen and as Head of the Commonwealth.

It is also a special year as we celebrate 70 years of friendship between Britain and Pakistan. Around the garden, you will see an exhibition of photographs. They come from our archive, from a competition we have run, and from Pakistani photographer Sara Farid.

Some of the photographs showcase our shared history. You will see pictures of the Queen's own visits to Pakistan in 1961 and 1997. You will also see physical embodiments of that history from architecture to railways.

But mostly and more importantly they are about our shared future. They focus on what we are doing with our Pakistani friends now to help build for the next 70 years - in education, health, culture, defense, politics, infrastructure, trade or sport. How we are working together, underpinned by history, culture and the 2% of our population which traces its heritage back to Pakistan, for our shared goal of a stable, secure and prosperous Pakistan.

"Thank you all for joining us at our party in this fellow Commonwealth country to celebrate the 91st Birthday of Her Majesty the Queen," he remarked.

Details of these events are regularly featured on the British High Commission's social media pages. (APP)