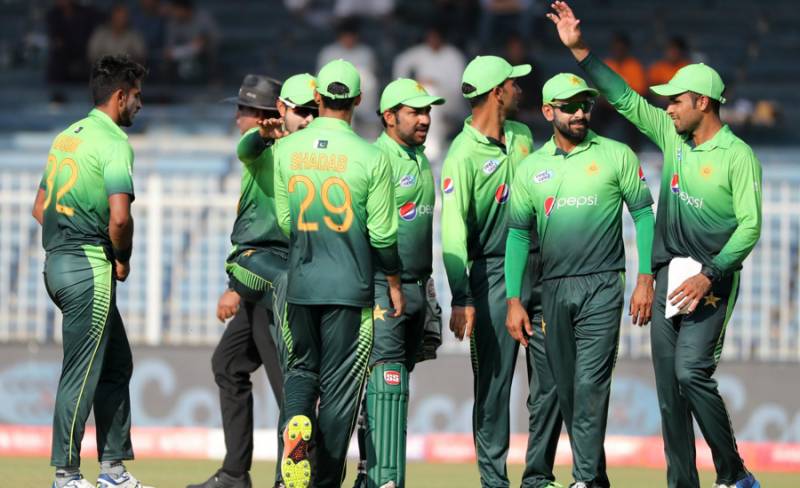 ABU DHABI – Pakistan will target another powerful show when they meet Sri Lanka in the first of three-Twenty20 Internationals in Abu Dhabi on Thursday.

Pakistan’s limited-overs form, with its bowling devastating opponent after opponent, saw it brush Sri Lanka aside 5-0 in the One-Day International series which concluded on Monday. With its Twenty20 form even better, it will start the shortest format as firm favourites.

If Pakistan, currently ranked No 2 in the ICC T20I rankings, wins all three matches, it will come within a point of top-ranked New Zealand. If New Zealand then loses its Twenty20 series against India next month, it will lift Pakistan to the No. 1 spot.

Sarfraz Ahmed, under whom Pakistan has won nine of its 11 T20Is, described the ODI series win as satisfying and promised that there would be no let-up in the shortest format.

“It was highly satisfying to win 5-0 because all the players have done well in all three departments,” said Sarfraz. “The best thing is that youngsters have done well and made an impact whenever they got a chance.”

But the Pakistan captain does not rate Sri Lanka as weak, even though the Sri Lankan selectors were forced to announce a new look-team once Upul Tharanga, the regular skipper, Suranga Lakmal, Chamara Kapugedera, Akila Dananjaya and Lasith Malinga all pulled out of the tour due to security fears, what with the last match of the series due to be held in Lahore and the selectors determined to name the same squad for all three matches.

“Maybe they don’t have big names but they have played for Sri Lanka in the past and have done well,鉱 Sarfraz said. 鈱No team is weak in T20s, the team which plays well on the day will win and we will take every game as equally important.”

Pakistan’s pace department, its main weapon in its rise in ODI cricket since winning the ICC Champions Trophy 2017 in England in June, will welcome back spearhead Mohammad Amir, who missed the 50-over games with a shin injury.

“Yes, Amir will be back and that adds to our weapons in bowling,” said Sarfraz, who will miss T20 specialist Rumman Raees, ruled out with an elbow injury.

Mohammad Hafeez, the experienced batsman, will boost both the bowling and the batting before he travels to Loughborough for an assessment of his bowling action, which was reported as suspect last week.

Tharanga’s pull-out has handed the captaincy to Thisara Perera, the all-rounder becoming Sri Lanka’s seventh captain across the three formats this year. While taking pride in being given the captaincy, Perera hoped the new-look team would do something special.

“I am very proud to lead the country,” said Perera. “It’s a new-look team but I have confidence that this team can do something special.”

Danushka Gunathilaka, the left-hand batsman, is back after his six-month ban was reduced to three by Sri Lanka Cricket while Sadeera Samarawickrama will get another chance after failing in the ODI series. Minod Bhanuka is the other uncapped player, and he will replace Niroshan Dickwella after the wicketkeeper-batsman opted out of the series. Mahela Udawatte, the off-spinner, will replace Dananjaya, having last played for the country in 2009.

Sri Lanka, ranked No. 8 in Twenty20s, has had a good season in the 20-over game, beating South Africa and Australia 2-1 and drawing 1-1 against Bangladesh. Its last T20I outing, however, ended in defeat at the hands of India.

The second match will also be in Abu Dhabi on Friday while the last match will be played in Lahore on Sunday.