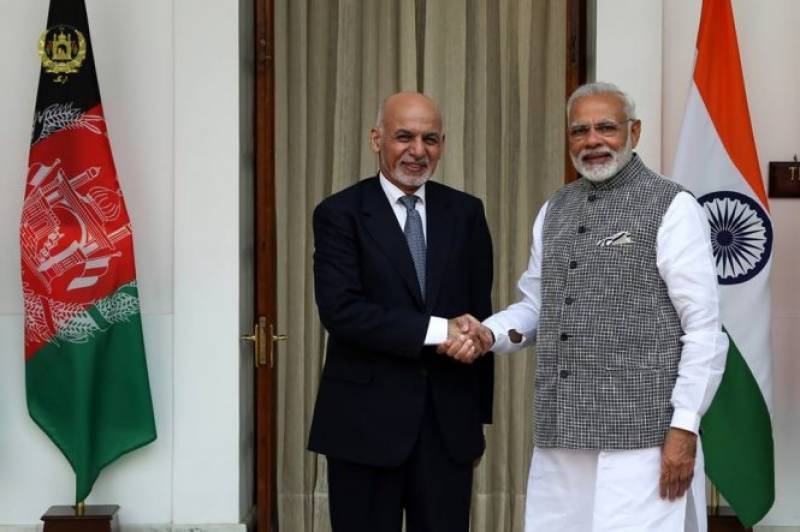 NEW DELHI - The government of India is mulling to increase security-related assistance to Afghan national defense and security forces, it has been reported, Khaama press has revealed.

According to the local media reports, New Delhi on Tuesday agreed to provide more security-related assistance based on needs of Afghanistan’s defence and police forces.

The commitment was reportedly made after President Mohammad Ashraf Ghani’s visit to New Delhi where he met with his Indian counterpart, PM Narendra Modi and other senior Indian officials during a one-day State visit.

The equipment will help Afghanistan fight terrorism and is most likely to be deployed at borders with Pakistan from where Afghanistan claims terrorism is eminating in the country.

No further details have been given regarding the security-related assistance which New Delhi mulls to provide to the Afghan forces.

The former Afghan government officials had earlier handed over a list of military equipment required by the Afghan forces to New Delhi.

However, no positive response was given to the wish-list of the Afghan government due to certain issues New Delhi faces.

In the meantime, the Indian government has so far handed over four Mi-34 gunship helicopters to the Afghan Air Force.

India has played a major role in the reconstruction of Afghanistan since the fall of the Taliban regime and has invested over $2 billion in various reconstruction and infrastructure projects.

The construction of the major Salma Dam, the new Afghan parliament building, Zaranj-Delaram highway, and some other projects are among the key investments India has done so far in the country.