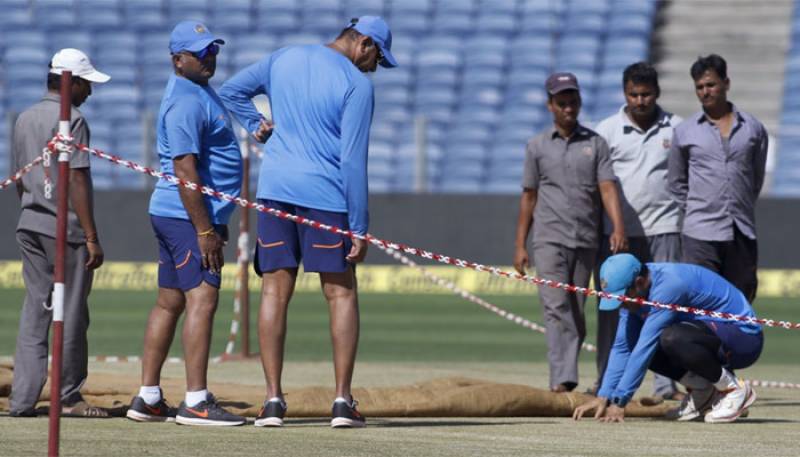 NEW DELHI: The International Cricket Council (ICC) has reportedly launched a probe after Pune pitch curator was caught in a TV sting operation revealing information about the nature of the wicket and promising to alter it per bookies' demands ahead of the second ODI between India and New Zealand, Zee TV has reported.

In the sting operation by India Today TV, Pandurang Salgaoncar, the curator, is seen and heard speaking to an undercover reporter, who poses as a bookie, while standing on the pitch of the Maharashtra Cricket Association (MCA) Stadium on the eve of the second ODI match.

"We are investigating the allegations from Pune this morning," an ICC spokesman said.

"As with all international cricket, the ICC Anti-Corruption Unit has an ICC ACU Manager on the ground in India and we are in close contact with him."We are now looking to establish the facts and will make no further comment whilst this is ongoing."

The MCA has suspended Salgaonkar with immediate effect with the Board of Control for Cricket in India (BCCI) appointing curator Ramesh Mhamunkar as the point person for the centre wicket and the field of play for the second ODI between India and New Zealand.

The match, however, got the go-ahead after the ICC match referee Chris Broad cleared the pitch.

"There were irregularity on all fronts so a full-scale inquiry has been ordered. ACU (headed by former cop Neeraj Kumar) has only three people so they can't be everywhere," said Rai.

In the BCCI statement, Rai added: "We are looking into the issue and in contact with the concerned officials. We have asked for a detailed report and will act upon it accordingly."