Robert Radley report can’t be trusted as it is contrary to facts, Maryam tells court
25 May, 2018 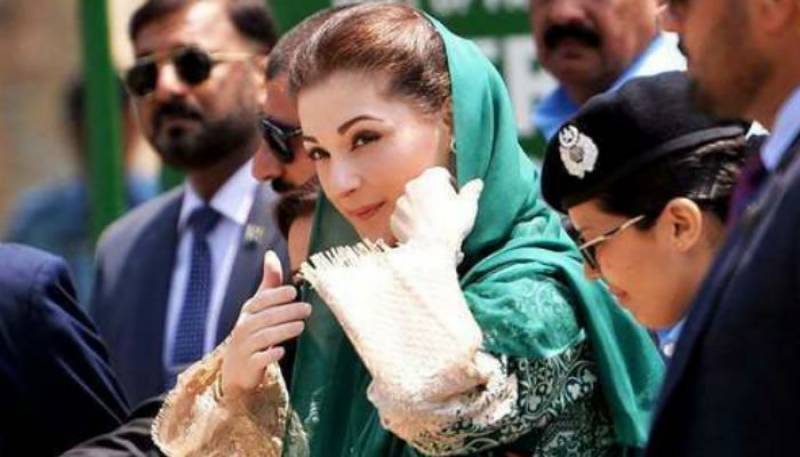 ISLAMABAD: Pakistan Muslim League-Nawaz leader Maryam Nawaz, while recording her statement in Avenfield reference on Friday, remarked that the report compiled by forensic expert Robert Radley cannot be trusted as it is contrary to the facts.

The Avenfield reference, pertaining to the Sharif family's London properties, is among three filed against the Sharif family by the National Accountability Bureau (NAB) last year on the Supreme Court's directives.

“We had submitted the trust deed to the Supreme Court, however, the apex court did not ask any question about the trust deed,” she remarked, adding that the JIT began an investigation on its own and “approached a so-called IT expert with ill-intent.”

The entire process of engaging the IT expert and submitting him the documents is very suspicious, she asserted.

“Robert Radley was hired through Wajid Zia's cousin. We were never informed why the services of Radley not taken through the foreign office,” PML-N leader said.

"In reality, the services of Radley were employed to produce a fake report. The report was prepared to include mine and my husband's name in the case," she added. "This report was prepared on the basis of a scanned copy which is unacceptable," she said.

It is pertinent to note that Robert W Radley of Radley Forensic Document Laboratory was hired by the joint investigation team (JIT), tasked by Supreme Court to probe Sharif family’s assets, to examine the documents presented by the Sharif family regarding Avenfiled apartments.

Radley had identified that the type of font used in the Trust Deed declarations was ‘Calibri’. However, the font was not commercially available before Jan 31, 2007, and as such, neither of the documents is correctly dated nor appears to have been created at some later point in time.

Moreover, Maryam further remarked that the flats in London are the propert of her brother Hussain Nawaz, adding that he is also the beneficial owner of Nielsen and Nescoll.

She also said that the CD and transcript of Hussain Nawaz’s interview to a private television channel is not as per the law.

Maryam, alongside her father Nawaz Sharif and husband Capt (retired) Safdar, is appearing before the court of accountability judge Muhammad Bashir.

On Thursday, Maryam had recorded her statement in 46 of the 128 questions asked by the accountability court.

The joint investigation team and its report are irrelevant in the case of Avenfield properties, said former prime minister Nawaz Sharif’s daughter Maryam Nawaz while recording her statement in the accountability court.

During the hearing, Maryam told the court that report prepared by the JIT is an investigative document, which was unacceptable as an evidence, adding that the Supreme Court ordered references be filed in light of the evidence presented by the JIT, but did not ask the JIT report to be made part of any reference as an evidence.

Following a pattern similar to Nawaz, Maryam started her statement by criticising the members of the JIT. Nawaz has already recorded his statement in the court.