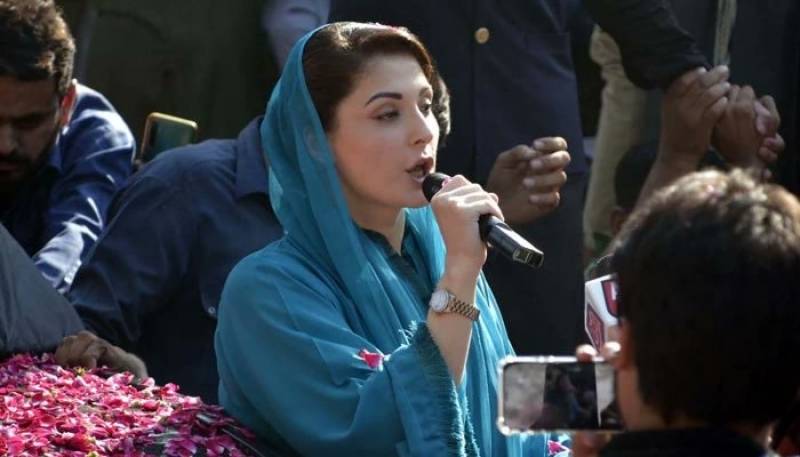 Lahore: The Lahore High Court (LHC) on Thursday rejected the petition of National Accountability Bureau (NAB) to stop Pakistan Muslim League-Nawaz (PML-N) Vice-president Maryam Nawaz from coming to its Lahore office in the form of a rally.

According to details, the accountability bureau had approached LHC to stop PML-N leader from bringing her party workers at Lahore office where she is appearing on March 26 for investigation in cases pertaining to illegal land transfer and Chaudhry Sugar Mills.

During proceedings, the court remarked that relevant authorities will take action only in situation if any law is violated.

Let it be known that the LHC had on Wednesday (yesterday) approved Maryam Nawaz’s interim bail till April 12 and barred the NAB from arresting her.

Earlier, the Punjab government had approved the NAB request to declare its Lahore office as red zone on March 25 and 26 due to Maryam Nawaz’s hearing.

The provincial regime approved to appoint Rangers and police around the accountability bureau office, and a letter had been written to the Ministry of Interior seeking the Rangers’ services in this regard.

On March 24, LHC had barred NAB from arresting Maryam Nawaz after approving her interim bail till April 12.

NAB has summoned Maryam Nawaz in Raiwind land case on March 26. The anti-corruption watchdog has alleged that 1,500 kanal land was illegally transferred to Maryam Nawaz in Jati Umra with the support of bureaucracy.

It has been further alleged that the District Commissioner Officer (DCO) Noorul Ameen and Director General (DG) Lahore Development Authority Ahad Cheema have also been nominated in the case. Maryam Nawaz has been directed to bring all records along on March 26.

It is pertinent to mention here that the anti-graft body has summoned Maryam Nawaz in Chaudhry Sugar Mills case as well on March 26 in Lahore office.

Reportedly, NAB has obtained strong proofs against the PML-N leader and will be investigating her in light of fresh evidences.

Maryam was previously summoned by NAB on August 11, 2020 in the illegal land transfer case but the hearing was adjourned after clashes erupted between police officials and PML-N workers.

The PML-N leader was taken into custody by NAB on August 08, 2019 over her alleged involvement in the Chaudhry Sugar Mills case.

Later on November 04, 2019, the Lahore High Court (LHC) granted her bail and ordered her to submit two surety bonds, worth Rs. 10 million each, and deposit an additional Rs. 70million and surrender her passport to secure her release.