Pakistan and Iran on track to forging military diplomacy
24 Nov, 2019 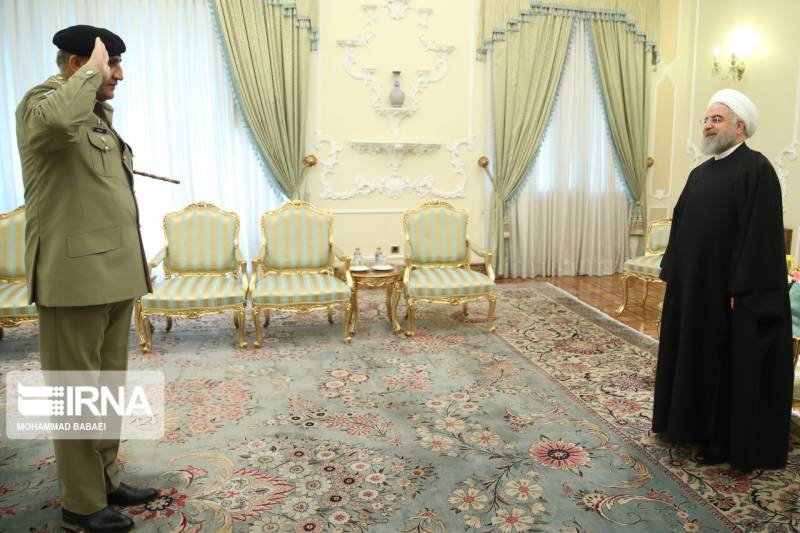 TEHRAN - (IRNA) Iranian and Pakistani top military officials' meetings have increased noticeably over the recent years that the 2nd visit of Pakistan's Chief of the Army Staff General Qamar Javed Bajwa to Iran is indicative of the two neighboring countries' determination towards boosting as well as promoting military diplomacy.

The current visit of Pakistan's senior military official to the Islamic Republic of Iran shows the plot of regional and transregional states for creating division between two friendly and brotherly countries has been in vain.

This is the second official visit of General Bajwa to Iran. Heading a high-ranking military delegation, he paid a visit to the capital city of Tehran in November 2017 and met with Iranian President Hassan Rouhani and Iran's top commanders as well as Iran's Foreign Minister Mohammad Javad Zarif.

The General's visit to Iran could bolster the two sides' convergence and pave the way for establishing relations between Arab states and their neighboring countries, he added.

An Expert on the Middle East and Pakistan Security Kamran Yousuf described the visit of General Bajwa to Iran as the continuation of the earlier joint cooperation on defense as well as security areas.

He went on to say that the regional situation of Afghanistan and Daesh (the ISIS) that are considered as a threat for both Iran and Pakistan has been on the agenda of the top commanders' talk.

The Pakistani expert on Afghanistan and the Taliban issues Muhammad Taher Khan said that the security of borders, fighting extremism, stopping cross border trespassing, and combating smuggling, especially reviewing the situation in Afghanistan, have been the main focus of the General's visit to Tehran.

The Pakistani Professor Rizwana Abbasi pointed out that Tehran and Islamabad seek to resolve the issue of Afghanistan by resorting to diplomacy as well as negotiations not through military moves.