NA condemns unprovoked Indian firing at LoC and WB
24 May, 2018 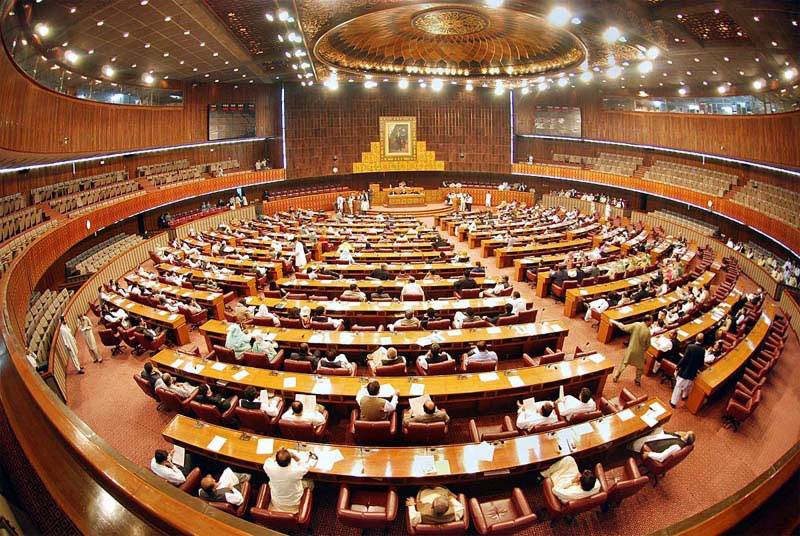 ISLAMABAD: The National Assembly today(Thursday) passed a resolution strongly condemning the recent acts of unprovoked firing by Indian troops on the line of control and the working boundary which resulted in the martyrdom of a number of people.

It was moved by Suriya Asghar.

The resolution also asked the government to extend necessary assistance to the victim families.

The house also passed a resolution expressing its deep dismay over the shooting incident at Santa Fe, Texas in the United States which claimed the lives of ten students including a Pakistani girl Sabika Sheikh.

It was moved by PPP’s Shazia Marri. The resolution expressed heartfelt condolences with the family of Sabika Sheikh.

Earlier, the house offered fateha for those martyred in recent acts of unprovoked firing by Indian troops on the line of control and the working boundary.

Responding to the points of Shah Mehmood Qureshi of PTI, Minister for Railways Khawaja Saad Rafique said the political leadership needs to demonstrate maturity and refrain from steps that stoke intolerance and chaos in the society. He said difference of opinion is beauty of democratic system but we should not spread hatred.

He said his party is not in favor of the disqualification of any political figure be it Jehangir Tareen of PTI or any other leader.

He said that the name of former President Parvez Musharraf was removed from the ECL following the court’s order. He said despite the abusive language used by the PTI leadership during the sit-in, the mandate of the PTI’s members was protected and their resignations were not accepted.

Minister of State for Finance Rana Afzal Khan laid before the house the second quarterly report of the Board of Directors of State Bank of Pakistan on the State of the country’s economy for the year 2017-18.