#GoBackTrump top trend in India as netizens feel he should either see the Real India or Go Back
24 Feb, 2020 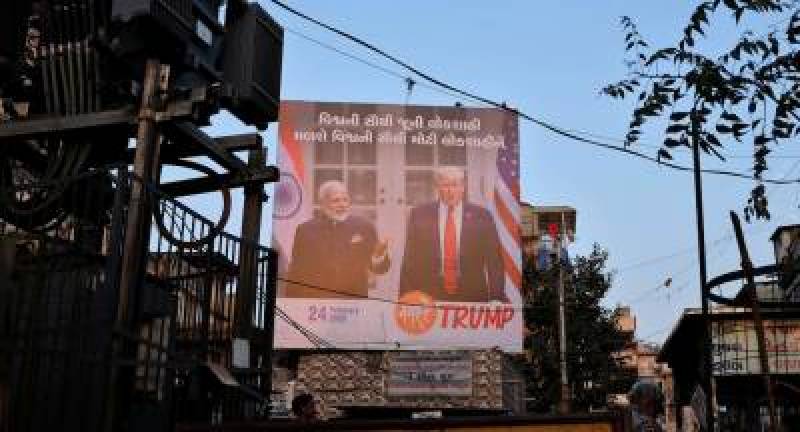 ISLAMABAD - US President Donald Trump is on a two-day visit to India. He is accompanied by First Lady Melania Trump and will be joined by his daughter Ivanka, who is also an adviser to US President on job creation and economic empowerment, as well as other officials.

While US President Donald Trump is set to address a huge gathering in Motera Stadium in Ahmedabad on the first day of his official visit to India, #GoBackTrump is trending on Twitter as netizens feel that there is no use in him coming to the country if he can't see the real India.

The social media users made reference to Delhi’s Shaheen Bagh, where hundreds of women are protesting against the implemented Citizenship Amendment Act that grants Indian citizenship to non-Muslim immigrants from Pakistan, Afghanistan, and Bangladesh if they entered India before 2015.

Twitter users also asked the US President to look at the other side of the “controversial” brick wall that has been reportedly built to a hide stretch of slums in Ahmedabad or to see how several school children are asked to stand five hours in continuous heat to welcome him while he visits Agra.

The hashtag #GoBackTrump has been trending on social media.

Trump is also set to visit Agra followed by New Delhi after his grand welcome at Ahmedabad. Several Bollywood celebrities including Shah Rukh Khan, Akshay Kumar, Madhuri Dixit and Kangana Ranaut along with cricketer Sachin Tendulkar are also expected to be present when Trump addresses the large gathering at Motera Stadium on Monday evening along with Prime Minister Narendra Modi. - Sputnik