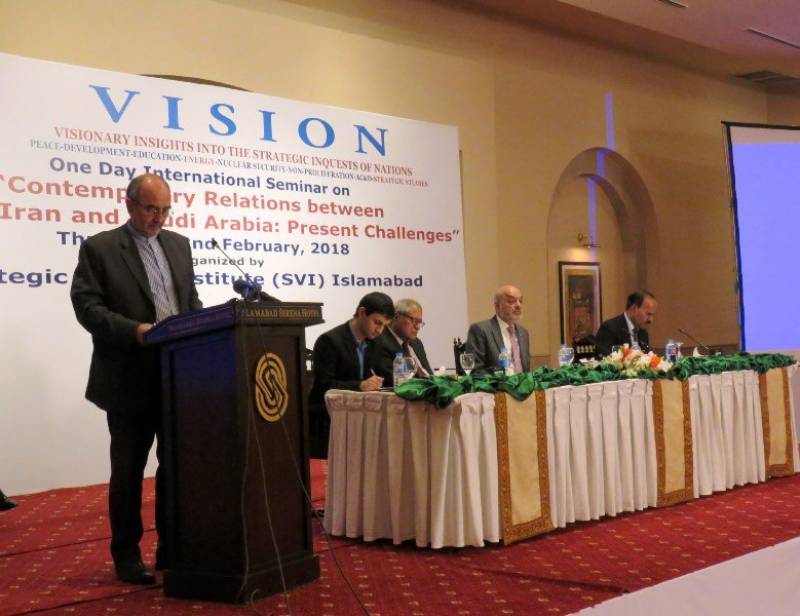 Islamabad, – Iranian envoy to Pakistan criticized Islamabad on the problems existing in bilateral banking ties as well as the delay in completion of Iran-Pakistan gas project. Iran has banking interactions and trade ties with many countries in the world but this problem has not been already resolved between the two countries,' Iranian Ambassador to Pakistan Mehdi Honardoost said in a reference to cut of banking ties between the two countries since the sanctions era, state run IRNA has reported.

Honardoost, speaking at the seminar on ‘Contemporary Relations between Pakistan, Iran and Saudi Arabia: Present Challenges’ organized by Strategic Vision Institute (SVI) in Islamabad, said that Iran and Pakistan have many common grounds to build their relations upon.

He cited Pakistan's 'being too cautious' as the reason for the delay in resuming banking ties between Tehran and Islamabad.

Honardoost also expressed dissatisfaction with the level of trade exchanges between Tehran and Islamabad.

Transfer of gas from Iran to Pakistan could flourish the region, the envoy noted in a reference to delay in completion of the project by Islamabad for 'unclear reasons'.

He noted that the Iranian part of the project is complete, but the project has not become operational on the Pakistani side.

Honardoost cautioned about manipulation of extremism by certain elements to prevent improvement of Iran-Pakistan relations.