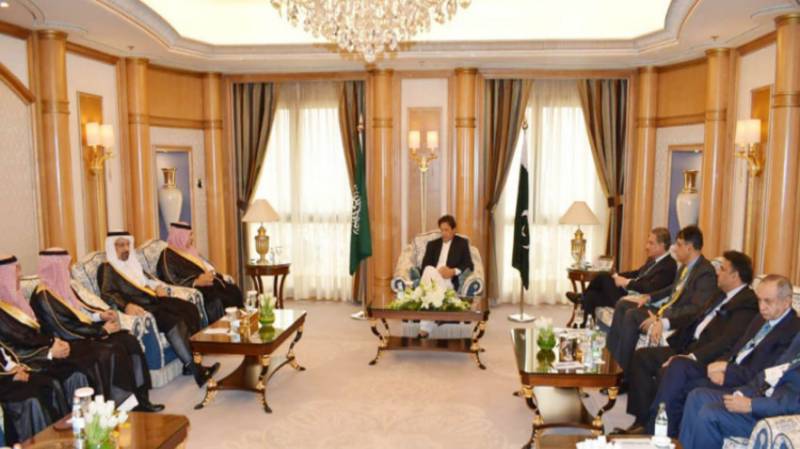 ISLAMABAD - Saudi Arabia will place a deposit of three billion dollars for one year as balance of payment support for Pakistan.

This was stated in a statement issued by Foreign Office on conclusion of Prime Minister Imran Khan's two-day visit to Saudi Arabia, on Tuesday.

The statement said it was also agreed that a one year deferred payment facility for import of oil, up to three billion dollars, will be provided by Saudi Arabia. This arrangement will be in place for three years, which will be reviewed thereafter.

The earlier visit of the Saudi delegation had evaluated the possibility of investing in a petroleum refinery in Pakistan. Saudi Arabia confirmed its interest in this project, and an MoU will be signed after obtaining cabinet approval.

Saudi Arabia expressed interest in development of mineral resources in Pakistan. For this purpose, the federal government and the government of Balochistan will consult, following which a delegation of Saudi Arabia will be invited to visit Pakistan.

The Crown Prince agreed to the Prime Minister's suggestion to reduce visa fee for Pakistani workers, which is a significant step towards enhancing Pakistan's workforce in Saudi Arabia.

After the inauguration of the Future Investment Initiative Conference, a Pakistan-specific session was organized, in which the Prime Minister underlined Pakistan's priorities towards optimizing the economy and attracting foreign investment.

He mentioned the successes of Pakistan in the fight against terrorism, which has brought peace and stability to the country and elaborated the significance of China Pakistan Economic Corridor.