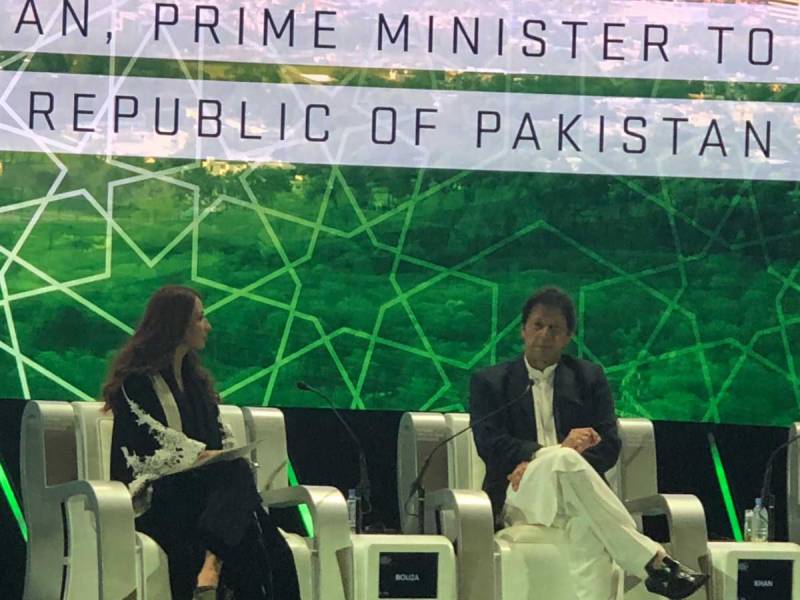 ISLAMABAD - Prime Minister Imran Khan says the PTI government has inherited a huge burden of current account and fiscal deficits and we are working on different fronts to get out of this financial crunch.

He was speaking during question answer session at the three-day Future Investment Initiative Conference which began in Riyadh on Tuesday.

The Prime Minister said that his government is approaching the IMF and the friendly countries to seek loans to plug this financial gap.

He said that the government is also endeavoring to reform our institutions to check the menace of corruption in mega development projects and white collar crimes.

Imran Khan said the government is also going to provide enabling environment for doing business in Pakistan to attract the foreign investors particularly the overseas Pakistanis to invest in various projects in the country.

The Prime Minister said the government will provide incentives to overseas Pakistanis to send their remittances through banking channels to enhance our foreign exchange reserves and check money laundering.

To a question, Imran Khan said his government is focusing on creating jobs for our youth who form the one hundred million population of our country to harness their talent.

He said for this purpose an ambitious plan of constructing five million houses has already been launched to provide affordable shelter to the poor segments of the society.

Replying to a question about Pak China relations and the CPEC, the Prime Minister said Pakistan admires the Chinese leadership's measures to bring out seven hundred million population out of poverty and convicting over four hundred corrupt elements to purge their society of corruption and crimes.

He said CPEC is a flagship project under Belt and Road initiative of President Xi Jinping and it would help the entire landscape in the region through greater connectivity and development projects. He said the CPEC would open up road and sea routes for Pakistan through Gwadar, Central Asia and the Middle East.

Imran Khan said Pakistan is going to set up special economic zones along the CPEC routes to generate economic activity and employment for our people.

The Prime Minister particularly highlighted the investment opportunities in Pakistan in the minerals including coal, copper, zinc, oil and gas and religious tourism.

Responding to a question about terrorism, Prime Minister Imran Khan said Pakistan has achieved great successes in the fight against terrorism due to unprecedented sacrifices in human and material. He said that Pakistan needs a lasting peace and stability to provide an enabling environment to the local and foreign investors in different projects in the country.

He said we also want peace with all our neighbors particularly India and Afghanistan for regional peace and stability. Imran Khan said peace with India would help the two countries to divert their resources towards human development instead of indulging in arms race.

He said similarly peace in Afghanistan would help Pakistan to have an easy access to the Central Asian States for bilateral economic and trade activities.