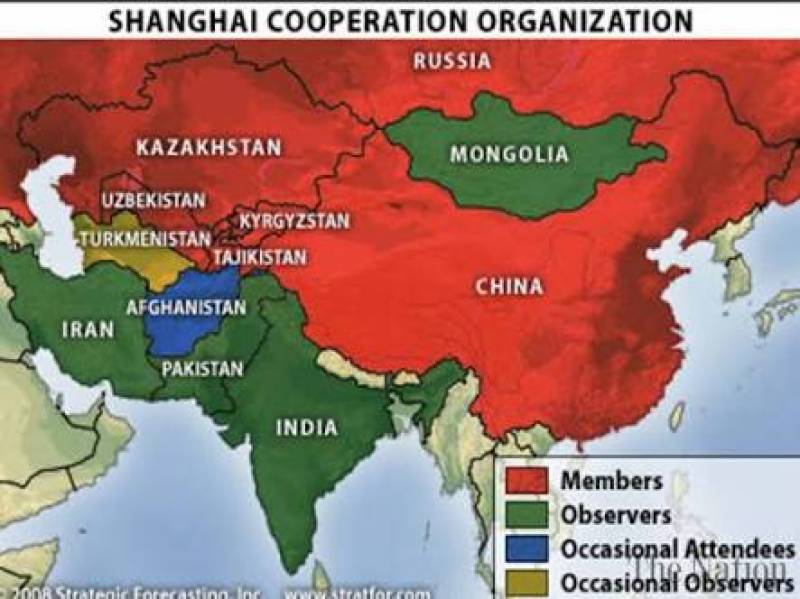 ISLAMABAD: Pakistan became an Observer in SCO in 2005, and was the first country to apply for full membership in 2010

President Mamnoon Hussain is in Tashkent, Uzbekistan, to represent Pakistan at Shanghai Cooperation Organization (SCO) Summit beginning on Thursday. He was received by Uzbek Prime Minister Shavkat Mirziyoyev on Wednesday.

The President will also hold bilateral meetings on the sidelines of the SCO summit. At the meeting, Pakistan is expected to sign the ‘Memorandum of Obligations,’ which will pave the way for the country to become a full member of SCO. Pakistan was invited to start the process of becoming full SCO member at the Heads of State Council meeting held in Ufa, Russia in July last year.

Earlier, as an Observer State of SCO, Pakistan has been making substantive contribution to regional peace, security and development. Pakistan became an Observer in SCO in 2005, and was the first country to apply for full membership in 2010.

The SCO aims at strengthening friendly relations amongst states, maintenance of peace, stability and security in the region. Founded in Shanghai in 2001, the SCO includes six member states, five observers and three dialogue partners.

The 16th SCO Summit will begin on June 23rd. According to the agenda, the heads of the SCO member states will seek to deepen multi-faceted cooperation, strengthen security in Central Asia, and exchange views on major regional and international issues. The summit will also release the Tashkent Declaration - which includes an assessment of the organization's activities since its founding in 2001, and its positions on current issues.

Strategic Analysts have given their views about the importance of full membership of the SCO for Pakistan.

Fauzia Nasreen, the Former Ambassador of Pakistan while talking about the full membership of Pakistan said ;

“This organization came into existence to discuss mutual disagreements and to resolve border disputes among the neighboring countries. Over the period of time, it has extended its operations and the number of members has also increased.

When peace would reside in the regions, mutual relations would extend to the infrastructural development and regional connectivity, and gas/oil pipelines. It is the dawn of a new era for Pakistan.

The Anti-Terrorism structure of SCO will also be helpful for increasing collaboration between Pakistan and the Central Asian Republics against terrorists.

A gas-pipeline project (TAPI) is already under construction and we hope Pakistan will also serve as a link for CARs for exporting energy.”

“It is significant and positive development that Pakistan will become full member of SCO. This thing had already been decided at the SCO meeting in Ufa, Russia.

SCO is very important for Pakistan and Central Asian states. Russia and China are major member countries and the functioning of SCO will increase regional connectivity and cooperation. Because of its geo-strategic location, Pakistan will play an anchor role in regional trade, peace and stability.”

Nazar Abbas, the Former Ambassador of Pakistan expressed his views about the full membership of Pakistan in SCO;

Pakistan has been participating as an observer state in SCO summits. President of Pakistan, Mamnoon Hussian, is representing Pakistan at the summit. After becoming full member of the organization, Pakistan will enjoy lots of benefits and work with member countries for mutual interests.

Central Asian Republics are rich in mineral resources, and we have extensive interests in these resources. Pakistan is already in transit trade agreement with Kyrgyzstan and Kazakhstan.

Pakistan shares wide interest with all SCO countries and our permanent membership of SCO will serve to extend collaboration among all the members.”

“SCO membership will benefit Pakistan in various ways. All group members in SCO behave like a unit and work for protection of mutual interests.

In the longer run, Pakistan can increase trade relations with these countries. Also, diplomatic relations between the member countries may further be fortified. States which are members of SCO like organizations can resolve their bilateral and multilateral disputes by using these forums. After its full membership of SCO, Pakistan will be in a position to safeguard its long term interests in future.